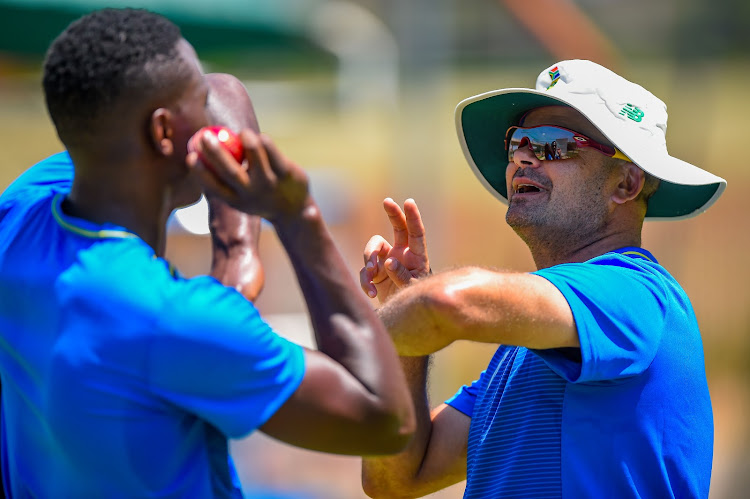 South Africa flattered to deceive in their first match of the summer by convincingly beating England in the opening Test on Boxing Day in Centurion.

But Mark Boucher’s men went on to lose the four-match series 3-1 after dispiriting defeats in Cape Town‚ Port Elizabeth and Johannesburg.

The Proteas went on to draw the three-match ODI series against Eoin Morgan’s team having also won the opening match.

England put the nail in the Proteas’ coffin with a 2-1 triumph in the T20 series.

The Proteas then lost a T20 showdown with Australia‚ however‚ managed to redeem themselves with a 3-0 whitewash in the series against Australia in early March.

By the time the English flew back home‚ the Proteas had won a sorry three matches in nine completed games against their visitors in all formats.

“When I started with Cricket SA in December‚ we had a Test series against England which did not give us a lot of time as a unit to gel as a team‚” said the 45-year-old who made a name for himself with his ability to swing the ball at genuine pace.

Langeveldt was announced as the bowling consultant on December 19 and had less than a week to prepare his attack for the Boxing Day Test.

“We had a lot of youngsters coming into the setup and that was really hard.

“In saying that I also think there were lots of positives from the Test series. I think the guys played really well in patches but as a unit we couldn’t get it together as a bowling and as a batting unit.”

Langeveldt pointed to limited preparation ahead of the summer season and blamed lack of experience in all departments as South Africa were outfoxed by England in all formats before somehow finding their groove against Australia.

“We saw that we needed a lot of improvements going into the next series against Australia and I think the guys stepped up.

The Proteas’ season‚ which like with the rest of the world has been halted by the coronavirus pandemic in mid-March‚ can easily be described as their worst since readmission into international cricket in 1992.

Cricket South Africa lurched from one crisis to the other in the boardroom and that appeared to spill onto the pitch with indifferent performances and results.

It led to the federation coming under heavy fire from the media and the players‚ with sponsors calling on the board to step aside or face contract terminations.

The Proteas’ limited overs tour to Sri Lanka in June has been postponed due to the coronavirus pandemic.
Sport
2 years ago