The 20-year-old, who smashed a century on his Test debut against West Indies in 2018, returned to international cricket during the tour of New Zealand earlier this year. 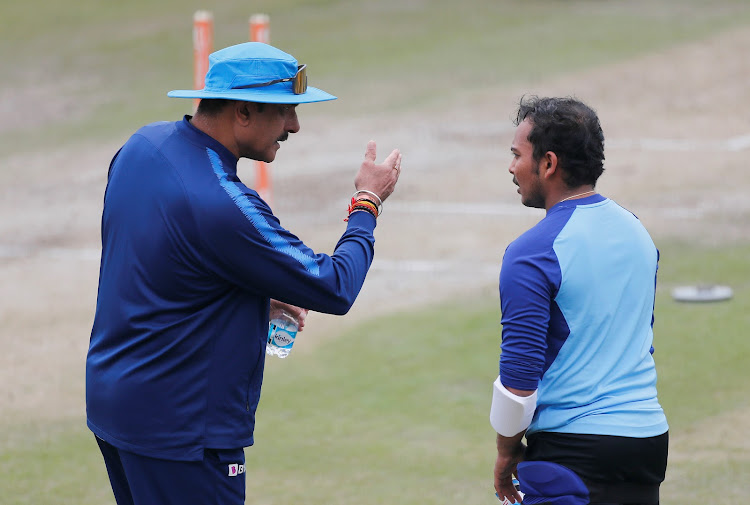 Prithvi Shaw talks to the team coach Ravi Shastri in the nets in Dharamsala on March 11 2020.
Image: REUTERS/Adnan Abidi

The time spent away from cricket felt like a "torture" but India opener Prithvi Shaw believes he returned hungrier after serving a doping ban last year.

Shaw was handed a back-dated eight-month suspension by the Indian cricket board for the doping violation after the opener said he had inadvertently ingested a prohibited substance.

The 20-year-old, who smashed a century on his Test debut against West Indies in 2018, returned to international cricket during the tour of New Zealand earlier this year.

"It was a mistake. And the period away from cricket was a torture," the Delhi Capitals player told fans of his Indian Premier League (IPL) team in an Instagram Live chat.

"Doubts and questions arise, but I kept the faith and belief... When the ban got over, and I returned to domestic cricket, I was hungrier than before.

"I picked up my bat and realised I hadn't lost my touch at all. If anything, that time off made me a more determined person."

Shaw made his one-day debut in New Zealand even though India were whitewashed in the three-match series.

Like any professional cricketer, Shaw is cooling his heels at home after this year's IPL was indefinitely postponed in the wake of the Covid-19 pandemic.

Shaw stressed that patience was key in coping with the lull in the cricket world due to the coronavirus crisis.

"Mental strength is very important at this time, given that we are all restricted indoors," he said.

"A lot of us don't have patience for things in life, so now is a great time to work on it.

"I've been working out a bit indoors and shadow practising to maintain my fitness levels.

"I've also been helping my father in the kitchen. I can cook eggs quite well, and I'm trying to learn a few new things."

The end of Kolpak deals offers South African cricket the chance for an injection of much-needed experience and talent into the domestic game that ...
Sport
2 years ago

Proteas bowling coach Charl Langeveldt has said there are positives to take from South Africa’s horrendous home summer despite a crushing Test series ...
Sport
2 years ago