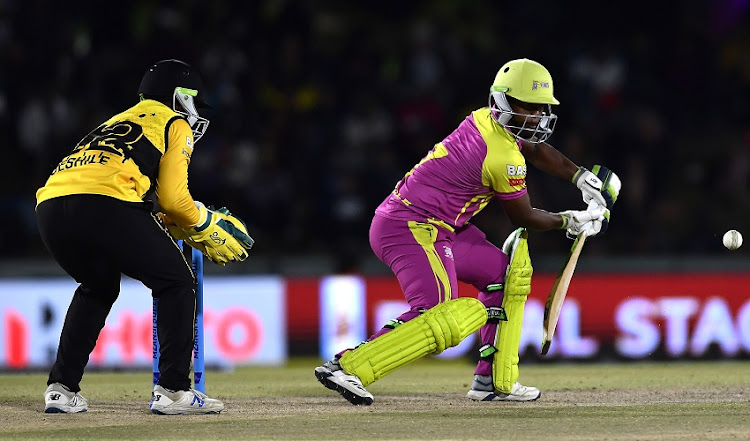 Dolphins wicketkeeper/batsman Mangaliso Mosehle wants to improve his batting in the coming season.

Mosehle‚ who was part of the South Africa Under-19 squad for the 2008 U-19 World Cup in Malaysia and has represented the Proteas in seven T20s‚ has identified technical issues in his batting game that he wants to fix.

“I performed well for KZN Inland but didn’t take that batting form into the Dolphins‚ but I know there are a few things that I need to adjust and I am working on those‚” Mosehle said.

“There is technical stuff I can fix and I understand my game well enough to know that I can get back to scoring runs. I must admit that I wasn’t expecting to get a franchise contract but I am grateful for the opportunity and I cannot wait to make the most of it.”

At the beginning of last season the 29 year-old made the move down to KZN Inland with the mission of reigniting his career and the move proved a catalyst as he produced strong performances.

His eye-catching performances for the Inland Blues helped him graduate to the Dolphins’ 4-Day Domestic Series side.

“I felt that when I went out to bat for the Dolphins‚ I would bat within myself and I know that is not my game. It was probably a case of putting too much pressure on myself because I wanted to perform well‚ but I know that I play better when I am more relaxed‚ but not reckless‚” he said.

“When I was playing for Inland‚ Ahmed Amla reminded me of how I played at the start of my career and I went on and scored a hundred the next game‚ so I just need to find the balance.”

Mosehle’s performances behind the stumps helped the Dolphins’ 4-day side at the beginning of the year and it’s an area of his game he wants continue working on next season.

“For a keeper I think that you do the hard yards early in your career and learn your game early so that when mistakes happen you know where they stem from. I have a good understanding of my keeping but I continually try to improve‚” he said.

Since arriving in Durban‚ Mosehle has seen how the franchise go about their business and it is different to anything he has experienced‚ but he says enjoys the unique approach.

“The approach to training and preparation is slightly different here but there is still a massive focus on hard work. The care factor is high in the group and ‘Immy’ [Dolphins coach Imraan Khan] has instilled a fight in the team that might have been missing previously.

“We have a great bunch of guys and I am happy here because I have always had a soft spot for Durban.”