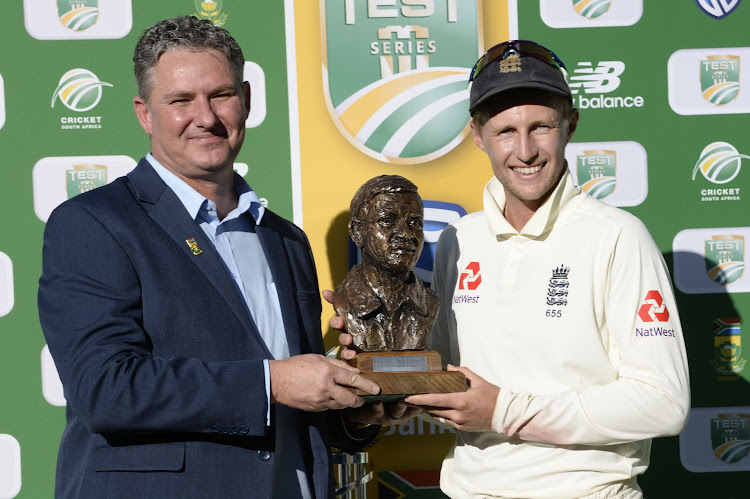 They don’t need to.

They have instead struck an agreement with the England Cricket Board to adopt some of the methods the English are likely to employ as part of their return-to-play protocols over the coming weeks‚ if not months.

CSA has the relative luxury of being out of season as far as their domestic schedule is concerned but countries like England are facing dire losses with the start of their season on hold.

“We are going to hold hands with England. I’ve reached out to [ECB director of events] Steve Elworthy and [CEO] Tom Harrison. I know both well.

Former SA captain Faf du Plessis says there is a leadership vacuum in the Proteas Test side and has committed to playing a key role in ushering in ...
Sport
2 years ago

England will put their protocols to the test at County level‚ as well as their scheduled clashes against Australia (T20s and ODIs) and Pakistan (Test and T20 series).

Faul is hoping to glean as much as he can from the English experience.

“We are considering making a case to the Minister at a later stage. We have been proactive but England have to develop protocols and guidelines first.

“What is bio-safe in the UK would be bio-safe here. Stadiums tend to have the same facilities and I think we can get a decent benchmark from them.”

Faul said CSA want measures in place that will enable them to hit the deck running next season.

He acknowledged that the players will have to play their part in ensuring a safe playing environment.

Some of the quirks unique to cricket may disappear as a result.

“No saliva on the ball‚ no high fives‚ you may not even have a crowd‚ you can field with masks.

"If you don’t adapt‚ you will get to return to the field later. You will have to make changes to the game because we are risk bound‚” Faul stressed.

Although the Covid-19 lockdown hasn’t hit CSA that hard‚ Faul is anticipating a delayed blow.

Faf du Plessis has for the first time revealed that he crumbled under pressure and requested the team management for some time off after the Proteas ...
Sport
2 years ago

“Our [business] model is built around hosting international matches. That is where we get the bulk of our money from.

"Then you have to see how your sponsors pay or don’t pay. I think our trouble is still in the mail. The challenges are on the way.

“It will definitely impact negatively on us‚ about that I have no doubt whatsoever‚” warned Faul.

Australia's Usman Khawaja vows to bounce back after contract snub

Usman Khawaja believes he is still among Australia's top six batsmen and can force his way back into the squad after being dropped a few days ago ...
Sport
2 years ago

The corporate governance howlers of late last year at Cricket South Africa (CSA) appear to have been so bad the national governing body has failed to ...
Sport
2 years ago