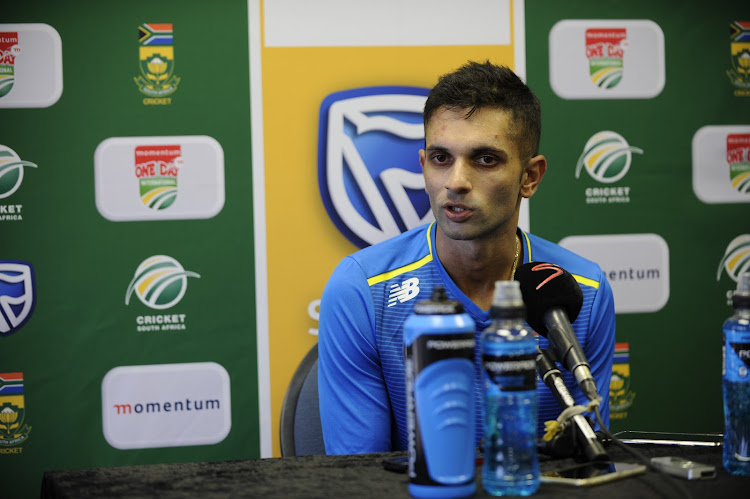 Keshav Maharaj has been in scintillating form in the 2020 Momentum 1-Day Cup.
Image: Charl Lombard/BackpagePix

The novel coronavirus may have put global cricket in limbo‚ but it’s also allowed Keshav Maharaj to sharpen his mind towards one of his unspoken goals: being the Proteas captain across all formats.

International commitments mean Maharaj doesn’t get to play for the Dolphins often‚ but when he does‚ he’s moved in as the captain. He played a massive role in the Dolphins’ run to the Momentum 1-Day Cup playoffs before the tournament was cut short because of Covid-19.

There’s also the Test captaincy vacancy left by Faf du Plessis that is up for grabs. Maharaj is SA’s number one Test spinner‚ but he wants to lead in all formats. He’s still finding his way into the ODI side while he’s still on the periphery of the T20 unit. Both are led by Quinton de Kock.

“I want to raise the Cricket World Cup in my hands as the leader of the team. Apart from just wanting to play for them‚ I want to captain the national team and it’s been a childhood dream to captain the team to a World Cup-winning campaign.

“Everything I would have dreamed of would have been fulfilled in that sense from a cricketing perspective.”

Being Test captain means Maharaj has to tick all of his boxes before holding down the leadership spot. He’s acknowledged that his batting‚ which came on in leaps and bounds in the past summer‚ still needs a fair bit of improvement.

“I have a lot more ability than what my numbers show. In India‚ I got a taste of what it was like to score an international 50. I wanted to kick on but I got out. I really want to take my batting seriously so I can move to the bowling all-rounder description‚ from where I move to being a fully-fledged all-rounder where I contribute evenly‚” Maharaj said.

“I know I’m capable of scoring bigger runs than what I’ve put up right now‚ but I’ve been working hard on the mindset change. My biggest problem was getting the 50‚ but I want to kick on now and get the big‚ match-winning 100s.”

Covid-19 may have enforced worldwide and domestic cricket curtailments‚ but it’s allowed Maharaj to focus on the home front with a wedding on the horizon. That’s also been halted because of the restrictions on social events and gatherings. Maharaj has seen the lighter side of the lockdown‚ which is now at level four.

“I’ve actually enjoyed the downtime at the moment. I have a fiancée who I live with. It makes life easier and you have a person you can talk to and do fun activities with. I still manage to do all the necessary training at home‚” Maharaj said.

“There’s a lot of cooking and Netflix‚ so it’s not too much of an issue. Unfortunately‚ some things have to be on hold because it’s tough being confined to one space.

“It’s been tough accepting the Covid-19 ramifications‚ but it gives us more time to make our wedding a bit more perfect.”