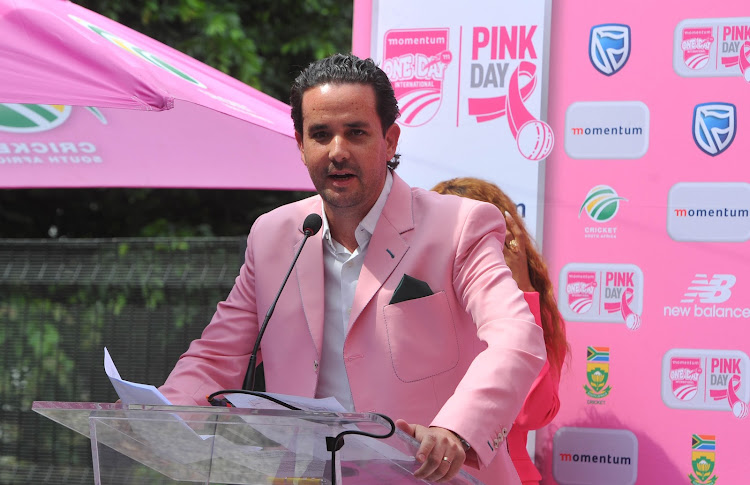 Central Gauteng Lions (CGL) made history this week when the provincial board became the second in South African cricket history to elect a female president.

Anne Villas took over control of cricket in Gauteng to become the first female leader of the province but her ascendance to the seat has not escaped the problems besetting the provincial board‚ notorious for its racial divisions.

The first woman to lead a province was current Free State Cricket President and Chairperson of the Board Zola Thamae, who is also CSA Non-Independent Director.

TimesLIVE looks back on how the Gauteng cricket crisis was created:

Gauteng cricket's problems started after Cricket South Africa (CSA) stepped in at the last minute as replacement hosts of the second instalment of the Indian Premier League (IPL) in 2009.

A dispute ensued soon after when CGL demanded to see terms of the contract between CSA and the IPL organisers.

The dispute led to CGL making public allegations of mismanagement against then CSA executives and the discovery of unlawful bonus payments to then chief executive Gerald Majola and his executives.

CSA felt the heat and responded by putting CGL under administration.

After a ministerial intervention failed to yield a result‚ Majola established the Langa Commission‚ chaired by the late former chief justice Pius Langa.

The fact-finding mission was tasked with investigating the affairs into Gauteng cricket‚ transformation and governance structures in particular.

CSA accepts findings and recommendations made by the Langa commission.

Langa recommends the establishment of an interim CGL board.

The first sitting of the board under the Langa recommendations was on Wednesday September 2 2010.

The interim board is then made up of four representatives from BACC‚ four from PAC and four from CCF.

Judge Langa ruled that CSA must in 2019 investigate whether transformation in Gauteng cricket has been achieved or not before setting aside his recommendations.

The recommendations from Langa included creating a specific racial composition for the Gauteng board - a system that was supposed to remain in place until 2019.

All stakeholders accept the MOI.

As per the Judge Langa recommendations‚ an AGM is held and the non-independent board must be made of three black Africans‚ two whites and two members from the coloured and Indian communities.

The period from 2013 to 2019‚ as per Langa recommendations‚ was to be a transitional period with black Africans enjoying the majority on the board of non-independent directors.

This was to accelerate transformation‚ Judge Langa ruled.

During the period the Lions won everything there is to win on the domestic circuit and provided the bulk of the Proteas players.

It was supposed to be the end of the transitional period.

CGL was to host an AGM in mid 2019 to put the Langa recommendations aside but first CSA had to investigate if transformation objectives have been achieved or not.

The clubs were supposed to vote for a new board in an open forum that is not based on constituencies and racial interest groups.

But there was a standoff among the constituencies and CGL failed to convene an AGM mid-last year.

Central to the disagreements was the issue of transformation of the game within the CGL‚ or the lack thereof.

Some clubs believe that transformation has been achieved and that the Langa Report has served its course and should no longer apply with a new regime ushered in.

The others‚ on the other hand‚ say transformation has not been achieved at all and argue that the interim regime which was voted along racial lines for the past six years should continue.

CSA then set up a commission of inquiry and turned to retired Judge Bernard Ngoepe to investigate.

The primary objective of the inquiry was to assess whether or not transformation‚ as contemplated in the Langa Report‚ has been “substantially achieved” at Central Gauteng Lions (CGL).

Judge Ngoepe found in the negative.

In a 60-page report‚ Judge Ngoepe presents his findings and recommendations to CSA but the governing body manages to keep the report from the media.

“In light of my findings‚ I recommend that the mechanisms (racial voting blocs) set up in terms of the Langa Report‚ that are essential for bringing about transformation should be continued with‚ albeit again for a certain period of time.”

The recommendations from Langa Report included creating a specific racial composition for the Gauteng board with Africans getting the largest allocation.

The racial voting bloc‚ in place since 2013 and was supposed to have lapsed in 2019‚ is structured as such that black Africans are guaranteed of three of the seven seats reserved for non-independent directors.

The other four seats are shared equally between the white clubs and the coloureds/Indians.

CGL defies recommendations from the Ngoepe report at their members’ council meeting – putting themselves at loggerheads with CSA – who are supposed to enforce compliance on the part of the provincial board.

CGL sets the AGM for May 9 via an electronic vote due to the Covid-19 pandemic.

TimesLIVE exposes the Ngoepe report to the public for the first time and reveals how the CGL members’ council defied findings from a CSA-commissioned inquiry.

CGL is steadfast that the Langa recommendations have served the intended purpose and should be abolished.

CGL votes against recommendations from the Ngoepe report and CSA as the controlling body is left with egg on its face.

Judge Ngoepe said the onus is on CSA to ensure compliance from the CGL.

CSA fails to publicly welcome the new leadership and endorse its board composition.