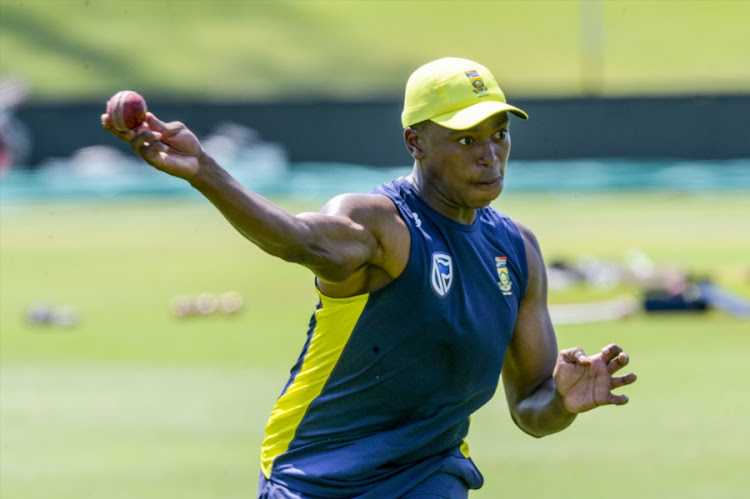 The South African Cricketers’ Association (Saca) has expressed its “strong support” for Proteas fast bowler Lungi Ngidi and his right to freedom of expression.

Ngidi had said in a Zoom press conference that he believed the Proteas should support BLM, and said he would discuss the issue with his national teammates.

“Freedom of expression is an enabling right that all South Africans support,” said Saca CEO Andrew Breetzke. “We must, therefore, respect Lungi as a sporting role model when he exercises his freedom of expression on the important matter of racial discrimination. To subject him to unfair criticism is to undermine his right.

“As Saca chief executive I lead a diverse group of players and I stand with Lungi in my commitment to transformation, diversity, and to continue to work towards building a more inclusive game and society.”

“Many of our cricketers have spoken out on a number of issues, including lack of transformation, gender-based violence and child abuse,” Ramela said. “They are more than sportsmen and sportswomen – they have a right to support initiatives that represent their social interest. Sport continues to be a microcosm of society, yet it remains the most forceful tool we have to break the shackles and bondages of the past.”

On Thursday, Dippenaar and Symcox said they stood by what they said in their Facebook posts with regards to Ngidi’s statements on the Black Lives Matter movement.

Symcox posted: “What nonsense is this. He must take his own stand if he wishes. Stop trying to get Proteas involved in his belief.

“Besides the fact that right now Cricket South Africa should be closed down. A proper dog-and-pony show with cricket being dragged through the mud daily. Buy popcorn and watch.

“Now when Ngidi has his next meal perhaps he would rather consider supporting the farmers of South Africa who are under pressure right now. A cause worth supporting.”

In responding to a Facebook post by former Proteas top-order batsman Rudi Steyn earlier this week‚ who supported Ngidi’s call‚ Dippenaar wrote: “I am afraid to say 'Black Lives Matter’ has become nothing more than a leftist political movement.

“I would suggest that Lungi Ngidi listens a bit more to likes of Thomas Sowell‚ Larry Elder‚ Walter Williams and Milton Friedman.

Many have rallied to the defence of Proteas' fast bowler Lungi Ngidi, after criticism from former players of his support for the Black Lives Matter ...
Sport
1 year ago