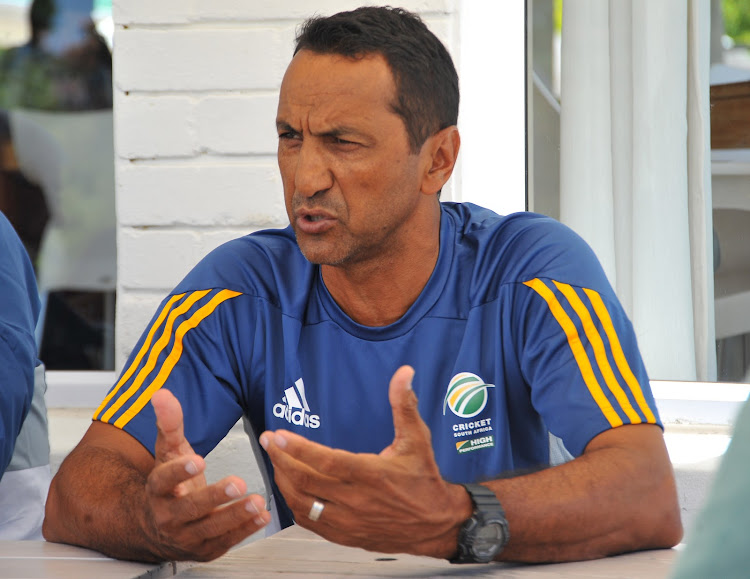 Vincent Barnes has weighed in on Lungi Ngidi's stance on the Black Lives Matter movement after criticism from some former Proteas players.
Image: Ashley Vlotman/Gallo Images

Former Proteas bowling coach and Cricket SA high-performance manager Vincent Barnes is the latest to weigh in on Lungi Ngidi's stance on the Black Lives Matter movement after criticism from some former Proteas players.

Last week, the Proteas fast bowler made headlines after calling for his teammates to take a stand against racism the next time they come together as a team.

Ngidi said the Proteas, like many other sports teams and individuals around the world, should take a stand and show their support.

“It's definitely something that we will discuss once we are together in person,” he said. “As a nation as well, we have a past that is also difficult in terms of racial discrimination and things like that. So, definitely, we will be addressing it as a team. It’s something we have to take seriously and like the rest of the world is doing, take a stand.”

However, former cricketers Rudi Steyn, Pat Symcox and Boeta Dippenaar took to social media to confront Ngidi about his comments, suggesting that the 24-year-old should also be discussing the recent farm murders.

Under the “All Lives Matter” banner, the trio made comments including that the Black Lives Matter movement was nothing more than a “leftist political movement” and the Proteas would be better off discussing the “way white farmers are daily being 'slaughtered' like animals”.

On Twitter, Symcox also said he supports Ngidi's stance but also believes that “all lives matter and right now farmers are critical to us all and need support”.

Weighing in on the matter, Barnes said he was impressed by Ngidi's response.

“He said that once they got together as a squad it would be something that they would address, or that he would address with the rest of the squad. Not once did he say that other people or other lives don’t matter,” said Barnes.

“I know this young man very well and believe me, everyone matters. I agree — Black Lives Matter.”

Barnes said the criticism from Steyn, Symcox and Dippenaar was not surprising but rather “typical and predictable”.

He also said it was not worth losing sleep over.

“Some of the older ex-Proteas have had their say about Lungi’s comments, and they were not complimentary. To be honest, when I look at who those players are, I wouldn’t lose any sleep or afford them the airtime they’ve received.

“In fact, it was hardly surprising; it was typical and rather predictable. It has, however, caused a furore on social media platforms and expectedly so,” he said.

Barnes believes that meaningful change will only come about through education, within sports and in greater society.

He said the issue needed to be tackled and he was positive that the Proteas will address the matter and “move forward positively”.

“The Protea Fire culture was initiated to address the very issues which have come into the spotlight from these cricketers’ comments, from Lungi to the retired Proteas, to [former West Indian fast bowler] Michael Holding and [England Women's Cricket World Cup winner] Ebony Rainford-Brent. I was part of these culture workshops where the focus was on fostering respect for each other’s culture, race and religion,” said Barnes.

“It would be easy to brush aside all that’s been said, but situations like these need to be addressed and given attention, in keeping with Holding's words. l conclude by saying this — I stand with Lungi Ngidi,” he added.

This past week saw the return of International cricket with the touring West Indies taking on England. It has been about...

What nonsense this is from Symcox and Dippenaar

By speaking out in support of the Black Lives Matter  movement, Proteas fast bowler Lungi Ngidi  got SA talking.
Opinion & Analysis
1 year ago

Many have rallied to the defence of Proteas' fast bowler Lungi Ngidi, after criticism from former players of his support for the Black Lives Matter ...
Sport
1 year ago