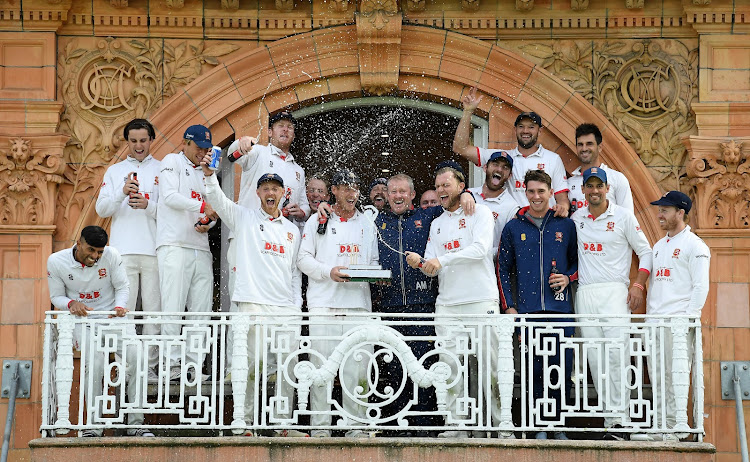 Feroze Khushi (far left) grimaces as beer was poured over his head by one of his team mates.
Image: Alex Davidson/Getty Images

Essex have promised to improve awareness of cultural differences after a Muslim player was sprayed with alcohol on the balcony at Lord's as they celebrated winning the Bob Willis Trophy.

Pictures showed Feroze Khushi, who was 12th man for Sunday's game against Somerset, grimacing as beer was poured over his head by one of his team mates.

"Essex County Cricket Club prides themselves on their work within multi-diverse communities throughout the county and the surrounding areas," the club said in a statement published by local media.

"For a substantial period of time, Essex have had a multi-diverse team with players from different backgrounds, religions, and races, where cricket is at the heart of these communities.

"The club has worked extremely hard and will continue to bring cricket to anybody and everybody, and educate on diversity, but further work needs to be done ... to widen people's knowledge and make them more aware of cultural differences."

Essex were crowned champions of the inaugural Bob Willis Trophy by virtue of their first-innings lead of 36 runs after the game ended in a draw.

Cricket South Africa (CSA) has set up a fitness and training camp for women’s teams at Senwes Park in Potchefstroom this week.
Sport
1 year ago

The South African Sports Confederation and Olympic Committee (Sascoc) want one thing and one thing only from Cricket South Africa (CSA): Unrestricted ...
Sport
1 year ago