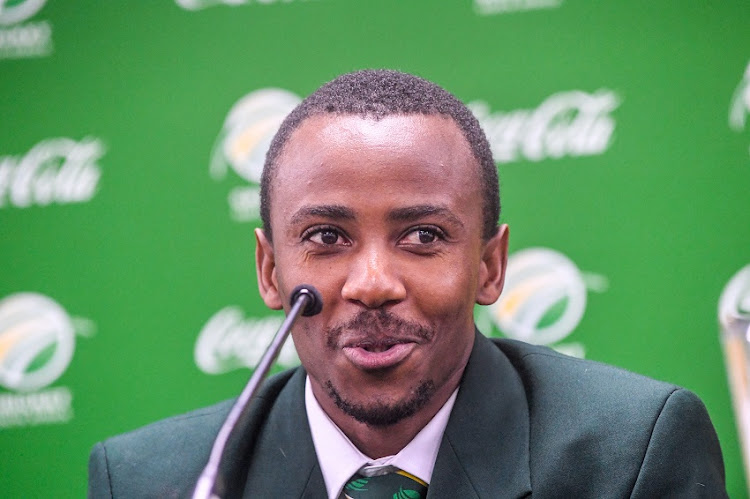 Coach Wandile Gwavu of the U/19 during the South African U/19 cricket team arrival press conference at CSA Offices on July 31, 2018 in Johannesburg, South Africa.
Image: Sydney Seshibedi/Gallo Images

Wandile Gwavu‚ the Lions head coach‚ has made peace with the reduced fixture schedule and a brand new playing structure for the coming season that starts on November 2.

The Lions will hope to start the defence of their Four-Day Franchise Series title they won last year on a positive note when they travel to Durban to confront the Dolphins at Kings Park from November 2 to 5.

Gwavu said his Lions will come out hungrier than ever as they bid to match their successes from the past two seasons as they retained the Four-Day Franchise Series title.

“I'm very excited‚” said the 33-year-old Gwavu‚ who was crowned coach of the year at Cricket South Africa’s virtual awards ceremony in July.

“Of course‚ being locked up in our houses [during the coronavirus-enforced lockdown] has not been easy. There's a lot that's happened this year‚ so we're very excited to be going back to what we all love to do.”

In the opening round of the four-day domestic series‚ the Warriors will be on the road to Bloemfontein to face the Knights while the Cape Cobras host the Titans in Cape Town.

The Eastern Cape-born Gwavu welcomed the new playing structure of two pools of three teams for both the red-ball and white ball cricket‚ including the reduced fixture list.

“It's something new and we can't complain about it. I think CSA were honest enough to come out and say early that we were playing fewer matches this year.

“It's not always ideal because we want to play more cricket because that's how guys learn.

“But we've made peace with that decision and we’re now going ahead and looking at how we're going to execute plans against the teams we will face. In all honesty‚ nothing much has changed.

“We're playing against the same teams; we're still prepared to try our best to dominate South African cricket in all competitions and we want to do that by playing a good brand of cricket.

“The status quo remains: the Lions are still hungry for success.”

Gwavu has been fine-tuning his team for the past couple of months when cricket was given permission to return to training‚ albeit‚ under strict Covid-19 guidelines and protocols.

“It's been roughly 15 weeks since we returned (to training)‚ but of course under the regulations. We've had a lot of one-on-ones‚ which I actually think has been very beneficial.

“We usually don't get that‚ so being able to spend time individually with our players has been a blessing in disguise. “Now we're doing things as a group again so we are just happy that there's now a timeframe and dates to look forward to.”

Gwavu will be in charge officially as full time head coach for the first time after serving in an interim post last year following the departure of Enoch Nkwe to the Proteas.

“It's official on paper but that's how I did treat it last season‚” he said. “I was a permanent member of the team‚ so all that has changed is the shift from interim team coach to permanent head coach.

“From my side it is exciting that I've been given the faith by the company to run one of South Africa’s biggest franchises‚ so I'm looking forward to the next couple of years with the Lions.”