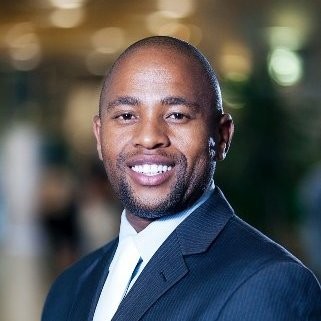 Eastern Cricket Union board chairpeson and president Xolani Vonya is facing a revolt from his fellow directors.
Image: Xolani Vonya/Linkedin

A toxic environment is brewing at Eastern Cricket and is threatening to tear the union apart with some of the board members revolting against chairperson and president Xolani Vonya.

Some Eastern Cricket Union (ECU) non-independent board directors‚ who also sit on the high decision-making members council‚ accuse Vonya of a long list of improprieties‚ from undermining them to suppressing their views.

The directors also accuse Vonya of plunging the union to the brink of bankruptcy despite the fact that he had been in office for just over a year.

The disgruntled directors charge Vonya with "negligence or dereliction in the performance of his duties" as president without setting out any factual basis for the allegations or backing up their claims with any proof.

Vonya‚ who was elected ECU president during a special general meeting in May 2019‚ was removed a year into his presidency in May this year.

This was after five directors Adrian Landsberg‚ Jannie Bedford‚ Abdul Raheman Data‚ Lekoko Mateme and Thato Moagi‚ met in two “secret” meetings behind the president’s back in April.

In Vonya’s absence‚ during an April 29 meeting‚ the five directors resolved to draw up charges and tabled a motion for a vote of no confidence against him.

The directors then proceeded to remove Vonya on May 23.

Judge Ngoepe found that the process to remove Vonya was “irregular” and dismissed it as a “fishing expedition” in his scathing September 30 report.

Judge Ngoepe’s mandate‚ however‚ was merely focused on the regularity of the removal of Vonya and not on the merits of his ousting.

Now the ECU directors have launched a fresh assault to oust their chairman and they have vowed to follow due process this time around.

Non-independent directors Landsberg‚ Moagi and Data all dismissed Judge Ngoepe’s 17-page document as a “nothing report” and as “bias”.

They are adamant that it is only a matter of time before they remove Vonya from office.

“The retired judge simply said we erred on procedural technical issues‚ he did not say we acted unconstitutionally‚” Landsberg‚ from Dududza Cricket Club‚ told TimesLIVE.

“So the Ngoepe report does not exonerate Mr Vonya. I think it is only fair that Mr Vonya answers to the allegations we have levelled against him.”

Judge Ngoepe singled out Landsberg as the alleged kingpin behind the plot to oust Vonya.

Landsberg‚ who was elected onto the ECU board as a non-independent director in November last year‚ appears to have been bitter after he was overlooked for the CEO’s position shortly after his election as a director.

The job went to Mpho Seopa‚ who is on now suspension‚ with the social and ethics committee‚ without a board resolution‚ having instructed the ECU internal auditors to investigate the recruitment process that led to his appointment.

According to the Judge Ngoepe report‚ Landsberg threatened to take the ECU board to high court after Seopa got the job.

Vonya was slapped with eight charges by the directors which were formulated following the April 25 and 29 meetings.

But on the notice for the motion of no confidence against Vonya‚ which was signed only by Landsberg as per annexure attached to the Judge Ngoepe report‚ the charge sheet was “reconfigured” and now had 20 charges on it.

"The issue is that six of the (20) charges [against Vonya] relate to the issue of the appointment of the CEO‚ the very position Mr Landsberg had felt so strongly about that he was even prepared to go to the High Court for‚” reads a part of the Judge Ngoepe report.

Moagi‚ from Tembisa Criket Club‚ is a non-independent board member and he said he belongs to the Landsberg camp which is calling for the removal of Vonya.

Moagi said a motion for a vote of no confidence against Vonya is imminent.

“It could happen (the tabling of a motion of no confidence) even at Tuesday’s board meeting. It is just a matter of time‚ of when will it happen‚” said Moagi.

Data‚ from Actonville Spurs Cricket Club‚ said Vonya needs to clear his name first before he can be accepted as the ECU board chairman and president.

“He will have an opportunity to answer to the allegations as soon as it is possible‚” said Data.

Tsakane Cricket Club chairperson and ECU board member Cynthia Magaga said she reserved her comment when asked about her position.

“At this moment I have no comment‚” said Magaga. “I do not want to be misquoted.”

Lekoko Mateme‚ chairman of ECU social and ethics committee‚ said: “I have no comment. These are internal matters and I cannot discuss them with you or in the media.”

Bedford‚ who was part of the April 25 and 29 meetings behind Vonya’s back‚ resigned as ECU director recently. Independent director Faith Nkabinde could not be reached for comment.

There will be an air of awkwardness and tempers could even flare at a board meeting on Tuesday evening.

Vonya is expected to preside over a tricky situation where he will chair a board of directors meeting that makes no bones about its intention to remove him.

The meeting is expected to finalise the agenda for Saturday’s special general council meeting where Judge Ngoepe’s report will be discussed.

TimesLIVE understands about seven clubs out of 18 that are represented on the council want the contents of the Judge Ngoepe report to be ventilated first at Saturday’s meeting before any allegations against Vonya can be entertained.

Others‚ about four including clubs where Data‚ Landsberg and Moagi are from‚ want Vonya to answer to the allegations at all costs.

TimesLIVE understands that there are a significant number of ECU club presidents who want the directors named in the irregular removal of Vonya to be hauled over the coals for their actions‚ which were found to be unbecoming of board members by Judge Ngoepe.

“I would really like to comment a lot more‚ but at this stage we are all waiting to deal with the upcoming meeting with members council‚ and post that then we will deliberate.

“Those that comment prior to that meeting do so in their personal capacity.”

Cricket South Africa's (CSA) bid to save England's tour of SA next month may have been handed a lifeline on Monday but it has now emerged that they ...
Sport
1 year ago

CSA on tenterhooks as they await Home Affairs on England visit

The department of home affairs will inform Cricket South Africa (CSA) tomorrow whether they will be allowed to host England for a limited-overs tour ...
Sport
1 year ago