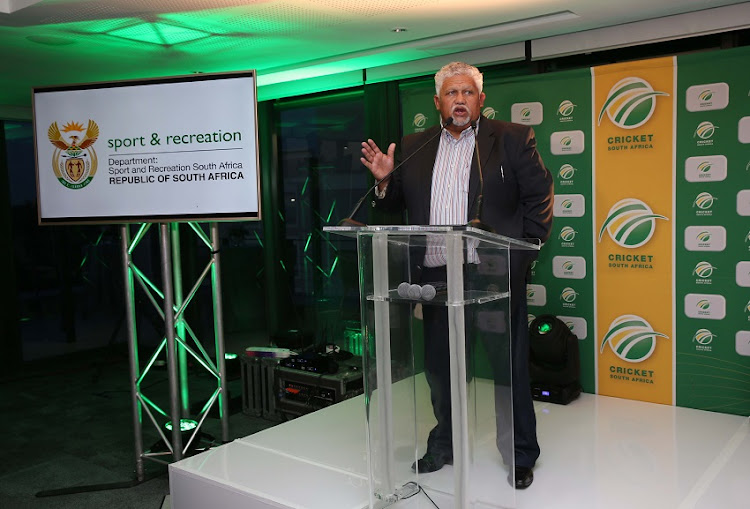 Cricket South Africa’s (CSA) embattled acting president Beresford Williams has finally fallen on his sword and resigned from his position‚ ending a three-month period where he steadfastly held onto his seat despite mounting criticism.

Williams is one of four non-independent board members who have tendered their resignations ahead of Sunday’s member’s council meeting.

The others are Eastern Province’s Donovan May‚ Limpopo Cricket’s John Mogodi‚ Tebogo Siko from the Northerns Cricket Union and Boland’s Angelo Carolissen.

There is only one non-independent in Zola Thamae from the Free State whose resignation hasn’t been confirmed by TimesLIVE.

She is also expected to resign by the end of the day‚ from where CSA will officially inform the South African Sports Confederation and Olympic Committee (Sascoc) with regards to the resignations on Sunday.

TimesLIVE understands that CSA will inform sports‚ arts and culture minister Nathi Mthethwa that it’s willing to agree to the creation of an interim governance structure.

CSA has until Tuesday to give Mthethwa written representations as to why he shouldn’t intervene in their matters.

The said structure will be made up of four current independent board members‚ a representative nominated by the minister‚ one by Sascoc and another one by the International Cricket Council (ICC).

CSA will also propose that a former national team cricketer of good standing will serve on the board pending approval from the South African Cricketers Association (Saca).

Crucially‚ the people who will serve on the interim governance structure would not have been involved in CSA in the last four years.

Furthermore‚ they should not have participated in the Fundudzi-led forensic investigation that’s at the heart of CSA’s mess.

TimesLIVE also understands that the interim structure will be installed as soon as practically possible after all legal boxes have been ticked and every effort will be made to ensure that it complies with the organisation’s MOI.

An insider said that the organisation will make every effort to renew itself for the betterment of the game.

”Our position is that the proposal to the minister clearly shows our commitment to co-operate with his office and get cricket out of this dark period that it’s in‚” the insider said.

“It is important that going forward‚ we earn the minister’s trust.

"We are prepared to ensure that the Nicholson report recommendations are implemented.

"It is also important that we look at the MOI with the view of making sure that the CSA board is independent from CSA’s member’s council.”

The resignations are in line with a Board meeting resolution taken on Wednesday where the resignations of the six non-independents was discussed and taken to the member’s council on Thursday for deliberation.

After the meetings‚ speculation was rife with regards to the resignations to a point where CSA issued a press release on Friday evening denying that there were resignations‚ nor was a decision reached by the member’s council.

This was in response to independent board member Dheven Dharmalingam offering to resign‚ with his letter being widely published.

Cricket South Africa (CSA) independent director Dheven Dharmalingam has resigned and the entire board is also expected to follow in his footsteps and ...
Sport
1 year ago

Pressure mounts on CSA board to get its act together

Today could be D-Day for Cricket SA's embattled board as a joint board and members' council meeting could decide the future of the organisation's ...
Sport
1 year ago

Sri Lanka will travel to South Africa in December to play a two-test series, a local media report said on Sunday, marking their return to ...
Sport
1 year ago

A Cricket South Africa member’s council meeting set to take place on Thursday could decide the fate of the six non-independent board members that are ...
Sport
1 year ago

Cricket South Africa (CSA) officially declared the 2020/2021 campaign open with a season launch at the Nelson Mandela Oval in Hammanskraal, north of ...
Sport
1 year ago