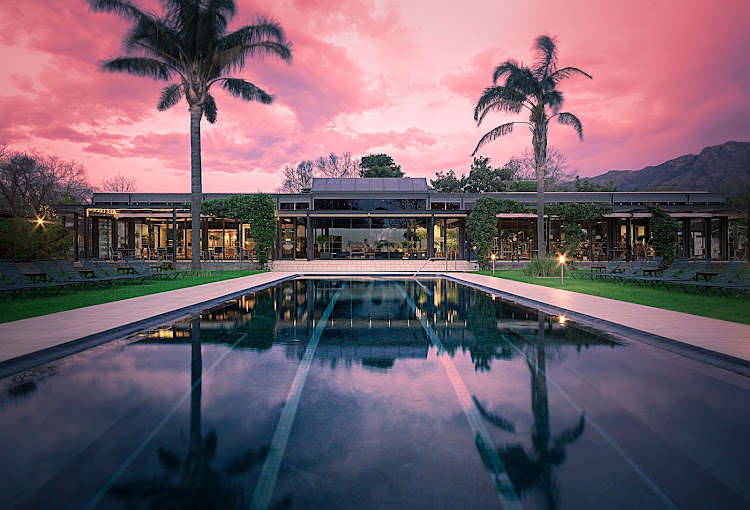 The Vineyard Hotel in Cape Town has begun the process of contact tracing after two staff members tested positive for Covid-19 in the venue that is being shared by the visiting England team and the Proteas in separate bio-secure environments.

This follows another positive result for the coronavirus from an unnamed Proteas player on Thursday which led to the postponement of the opening three-match ODI series against Cricket World Cup champions England from Friday to Sunday in Paarl.

Sunday’s match at Boland Park was first delayed and later abandoned after the two hotel staffers tested positive for Covid-19‚ despite the venue management’s insistence that neither of them had left the bio-secure environment since entering the bubble on November 16 along with both teams.

Exercising caution‚ Cricket South Africa (CSA) and the England and Wales Cricket Board (ECB) said in a joint statement on Sunday morning that the tourist’s players and management subsequently underwent an additional round of testing on Saturday evening when both camps first knew of the positive results from the two hotel staff members.

The cancellation of the match‚ which was scheduled for a 10am start‚ was dyed-in-the-wool when ECB confirmed that two members of its entourage returned what they termed as “unconfirmed positive tests” for the coronavirus on Sunday morning.

“At this stage‚ it is not clear how the staff members became infected as neither have left the bio-secure area since 16 November and they do not work on the same team or in the same area‚” the hotel general manager Roy Davies said in a statement on Sunday morning‚ shortly after the abandonment of the opening ODI contest.

“Our Covid response team is endeavouring to establish all the facts and contact tracing is underway.

“Our number one priority is the safety and wellbeing of our staff and guests and we have placed all our resources and efforts into investigating and resolving the situation.

“Both infected members of staff and the player are currently isolated in on-site apartments some distance from the hotel which have been kept sterilised and available for this purpose‚” said Davies‚ adding that the hotel will release another statement as more facts become available.

The medical advice from both CSA and ECB was that the match could not take place.

Both CSA and the ECB said a decision on the second and third and final remaining ODI matches will be taken once the results of the “unconfirmed” tests are ratified.

From a financial point of view‚ CSA are desperate for the remaining two ODI matches to be played.

Even with no fans allowed in the stadium‚ the broadcast revenue derived from hosting the remaining matches will be substantial for CSA.

CSA director of cricket and former Test captain Graeme Smith said the priority for both organisations was to safeguard the health‚ safety and welfare of the players and everybody involved in the series.

“We are deeply regretful of this situation given the amount of time and energy that has been put in place to host a successful tour‚” said Smith.

“We will continue to give the England team all the support that they need.

"We are in continuous talks with the ECB as we navigate the situation under the guidance of our combined medical teams.”

"We remain in constant dialogue with Cricket South Africa and will continue to work closely with them to determine how best to move forward.”

There will be cricket after all at Boland Park in Paarl on Sunday after the Proteas returned negative Covid-19 tests.
Sport
1 year ago

The start of Sunday's One Day International between South Africa and England was delayed as players underwent a new round of testing after hotel ...
Sport
1 year ago

Proteas women's speedster Shabnim Ismail, the last-born of seven children, turned 32 on October 5, but her boundless energy suggests why she may have ...
Sport
1 year ago