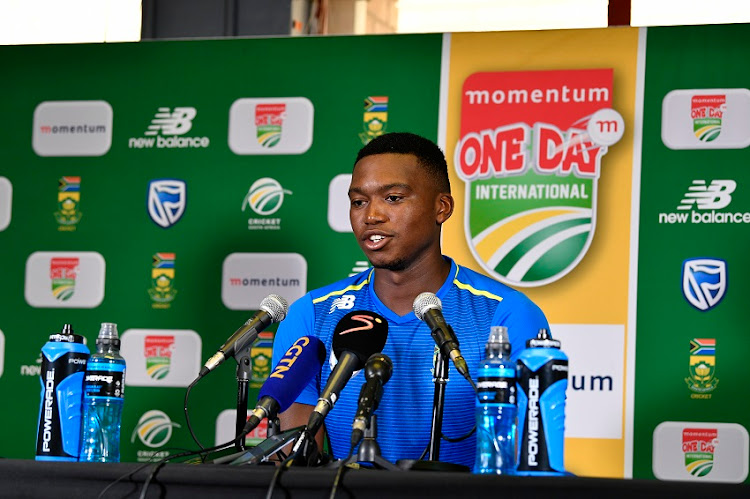 Cricketer Lungi Ngidi's stance on the Black Lives Matter movement and calls for solidarity in his team and the sporting industry at large was something that sparked a lot of debate this year.

Here's a timeline of how it began:

In July, Ngidi reflected on SA's history of racial discrimination and called for his teammates to take a stand against racism.

“We have a past that is also difficult in terms of racial discrimination and things like that. So, definitely, we will be addressing it as a team. It’s something we have to take seriously and, like the rest of the world is doing, take a stand,” he said.

Ngidi followed up his remarks by retweeting former West Indian fast bowler Michael Holding's comments about racism and why the Black Lives Matter movement is important.

Steyn suggested that the 24-year-old should be discussing farm murders in addition to the Black Live Matter movement.

“I believe the Proteas should make a stand against racism, but if they stand up for 'Black Lives Matter' while ignoring the way white farmers are daily being 'slaughtered' like animals, they have lost my vote,” he said.

“I am afraid to say 'Black Lives Matter' has become nothing more than a leftist political movement.

“I would suggest that Lungi Ngidi listens a bit more to the likes of Thomas Sowell, Larry Elder, Walter Williams and Milton Friedman.

Another former Proteas player Pat Symcox also weighed in, saying Ngidi must take his own stand and not get the “Proteas involved in his belief”.

“What nonsense is this. He must take his own stand if he wishes. Stop trying to get the Proteas involved in his belief,” Symcox said.

“Besides the fact that right now Cricket SA should be closed down. A proper dog-and-pony show with cricket being dragged through the mud daily. Buy popcorn and watch.

“Now when Ngidi has his next meal perhaps he would rather consider supporting the farmers of SA who are under pressure right now. A cause worth supporting,” Symcox added.

However, after catching heat from the masses, Symcox took to Twitter to “clear up the issue”, and said he supports Ngidi's stance of eradicating all forms of racism in sport.

The former cricketers' comments sparked a debate and many, including former and current sportsmen, backed Ngidi.

Ntini told SABC that the lingering racism in cricket should be tackled and that he fully supported Ngidi and the Black Lives Matter movement.

He said transformation was needed in the sport and expressed gratitude for the Black Lives Matter movement and players who have spoken out, saying “now is the right time” to call for change.

Springbok captain Siya Kolisi added his voice to the conversation, after fans questioned his silence.

In a video on Instagram, Kolisi said black lives matter on and off the sporting field.

“If my suffering and my pain does not affect you, then we're not actually stronger together. Black lives matter.

“I've failed as a leader because of being silent, but that's over. I will speak, even if it is going to cost me my place. It doesn't matter because the next generation can't suffer like we did,” he said.

Siya Kolisi says black lives matter on and off the sporting field.
Sport
1 year ago

Retired Springbok rugby player Tendai “Beast” Mtawarira said transformation in sport would only come about after the “elephant in the room” was addressed.

Mtawarira said now was the “pivotal moment” to have uncomfortable conversations that would allow the nation to grow.

“I really feel that, in this time, we're at a crossroads and a pivotal moment where we have to make a decision,” he said.

“There are certain things we might have endured in the past and we have to bring them to light because for us to move forward, we have to address the big elephant in the room.

“We have to bring about those conversations that will bring discomfort to everybody but that will allow us to grow. I feel the decisions that we make today will impact the future of our kids and the next generation.”

'We need to afford each other the same opportunities to excel': Tendai Mtawarira on transformation in sport

Criticism not surprising, but disappointing

Former Proteas bowling coach and Cricket SA high-performance manager Vincent Barnes said he was impressed by Ngidi's response, and that he should not pay those who disagree any mind.

“Not once did he say that other people or other lives don’t matter,” said Barnes.

“I know this young man very well and believe me, everyone matters. I agree — black lives matter.”

Barnes also said the argument from Steyn, Dippenaar and Symcox was not surprising but rather “typical and predictable”, and not worth losing sleep over.

“As Saca CEO I lead a diverse group of players and I stand with Lungi in my commitment to transformation, diversity, and to continue to work towards building a more inclusive game and society.”