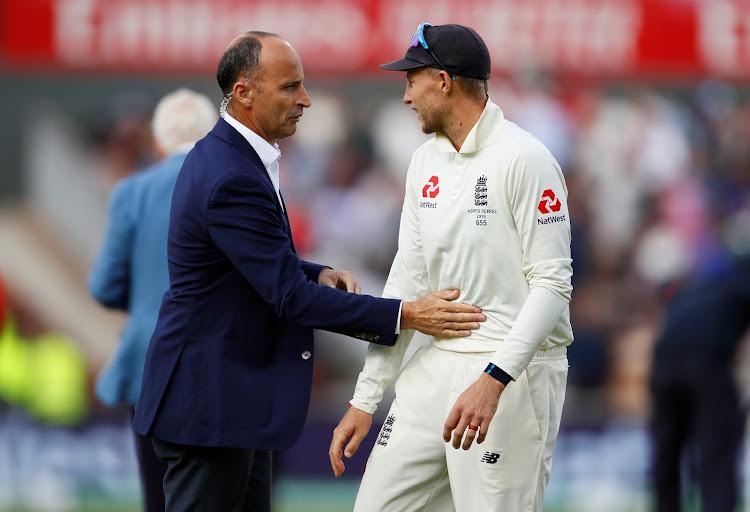 Former captain Nasser Hussain has questioned England's decision to rest Jonny Bairstow for the first two tests against India next month, saying the batsman's spin proficiency was particularly needed at the start of the "iconic series".

As part of England's policy of resting multi-format players, Bairstow, along with Sam Curran and Mark Wood, will be cooling their heels after the ongoing test series in Sri Lanka.

"I would say it's a concern that one of England's best three players of spin - I would say Bairstow is alongside Joe Root and Ben Stokes in that - has been given a boarding pass home and the others are going to Chennai," Hussain told Sky Sports Cricket.

"Should you be resting or rotating for India or do you turn up to the first test of that India series, an iconic series, and pick your best side?

"England fans switching on when it is turning and England are 20-2 may well have the argument, 'I want to see our best batsman against spin, or one of them, in Bairstow'."

Hussain was aware of the "nightmare" England players have gone through playing series in bio-secure bubbles since the Covid-19 pandemic struck in March last year.

"It is that balancing act of being fair to the public and winning what's in front of you and long-term planning all year."

England have alternated veterans James Anderson and Stuart Broad in recent times but Hussain made a case for playing both the seamers who share 1100-plus test wickets between them.

"So we are maybe going to leave out Anderson or Broad and play the spinner in Dom Bess. Do you think that is the right thing to do?

"At the moment our seamers are out-bowling our spinners, so shouldn't we show faith in them?"

The four-test series begins on February 5 with Chennai hosting the first two matches while the last two will be played in Ahmedabad.

Cricket South Africa's interim board has expressed its confidence that the tour of Australia to this country will go ahead despite surging Covid-19 ...
Sport
1 year ago

Smith: This season is for ‘work‚ development and growth’ for the Proteas

Cricket SA (CSA) director of cricket Graeme Smith says a lot of work‚ development and growth need to happen with regards to the current Proteas side.
Sport
1 year ago

The two centres of power at Cricket South Africa (CSA) that have become such a bone contention could be a thing of the past, if the interim board has ...
Sport
1 year ago

Senior Pakistan batsman Azhar Ali has advised his younger team mates to overcome any fear of failure and do their best in the two-test home series ...
Sport
1 year ago

Rousing welcome for India's Rahane on return from Australia

India's stand-in captain Ajinkya Rahane returned home to a red carpet welcome in Mumbai on Thursday, having led a severely depleted side to a famous ...
Sport
1 year ago