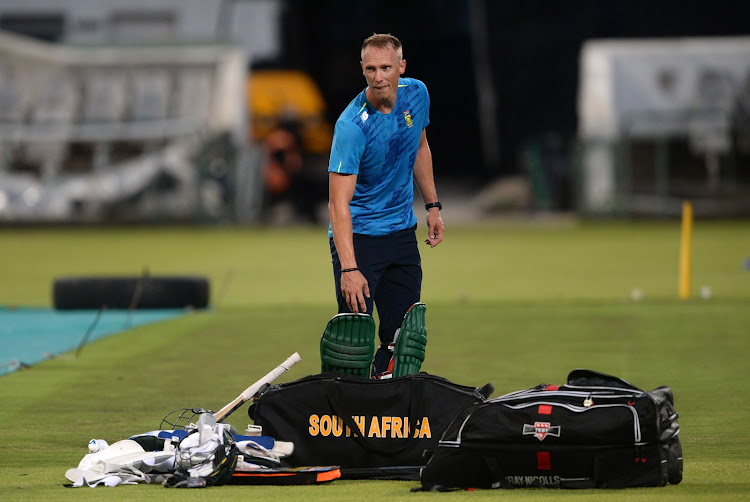 Will the Proteas succumb to their ninth successive Test match defeat in the subcontinent?

Captain Quinton de Kock and his men are staring down the barrel going into the second and final Test against Pakistan in Rawalpindi this week after losing the first in Karachi last week.

The South Africans will be looking to save face and avoid a series whitewash when action resumes at the Pindi Cricket Stadium from Thursday.

But there’s an elephant in the room - the depressing batting collapses in recent times has seen Mark Boucher’s team hardly amass scores of more than 300‚ as was the case when they posted 220 and 245 in Karachi.

Top-middle-order batsman Hendrik “Rassie” van der Dussen faced the media on Monday ahead of the second and final Test and said the team has not quite figured out what is the root cause of these disheartening collapses.

“It is difficult to pinpoint. I think it sort of goes down to the fundamentals of building an innings‚ getting in and giving yourself the best chance for those first 20 or 30 balls‚” said the 31-year-old Lions right-hander.

“It’s a bit of conglomerate of circumstances‚ I don’t think there’s one correct answer.

Indecisiveness is probably the best description of the team’s top six in the first match.

The Proteas posted a first innings score of just 220 and 245 in the second having won the toss and choosing to bat first.

Openers Dean Elgar (58) and Aiden Markram (74) had glorious opportunities to score big‚ and so were Van der Dussen (64) and Temba Bavuma (40).

It does not help that the team’s best player and captain De Kock has scored just 45 runs at an average of 18 in his four matches as the team’s leader in Tests.

The Proteas were caught in a web of spin during the seven-wickets loss in the first Test‚ mesmerised by Yasir Shah’s spin wizardry and another sterling job by 34-year-old debutant left-arm spinner Nauman Ali.

The Pakistan twin spinners shared 14 wickets between them against a struggling Proteas batting lineup‚ with Van der Dussen run out in the first innings and Shah getting the better of him in the second.

Like with many of his teammates in the change room‚ it is the first time that Van der Dussen has toured Pakistan.

“It is a pretty special feeling. Not a lot of people in our dressing room have been here and it has been a great experience. The conditions‚ practice facilities‚ you know everything is different.”

He said the conditions at Pindi Cricket Stadium were “quite chilly” and the outfield hard.

“When I stepped onto the field earlier [on Monday]‚ it felt a bit like winter‚ like back in South Africa on the Highveld. So in that sense it is new conditions and you sort of try and reference it and I suppose to play accordingly.”

In verbally abusing a journalist in a telephonic interview, Yacoob has let himself down and sullied his reputation
Opinion & Analysis
11 months ago

Zak Yacoob: A revered judge who fell from grace

Zak Yacoob behaved like an apartheid goon when he was asked about the troubles at Cricket SA, writes Makhudu Sefara
Opinion & Analysis
11 months ago

South Africa captain Quinton de Kock says his side's batsmen will have to be mentally stronger if they are to compete with Pakistan in the second and ...
Sport
11 months ago

Left-arm spinner Nauman Ali took five for 35 on debut to brush aside the South African tail in their second innings and see Pakistan to a comfortable ...
Sport
11 months ago

Denga Ramuedzisi‚ the man appointed by the Cricket South Africa interim board to serve as the link between the board and executive management‚ has ...
Sport
11 months ago