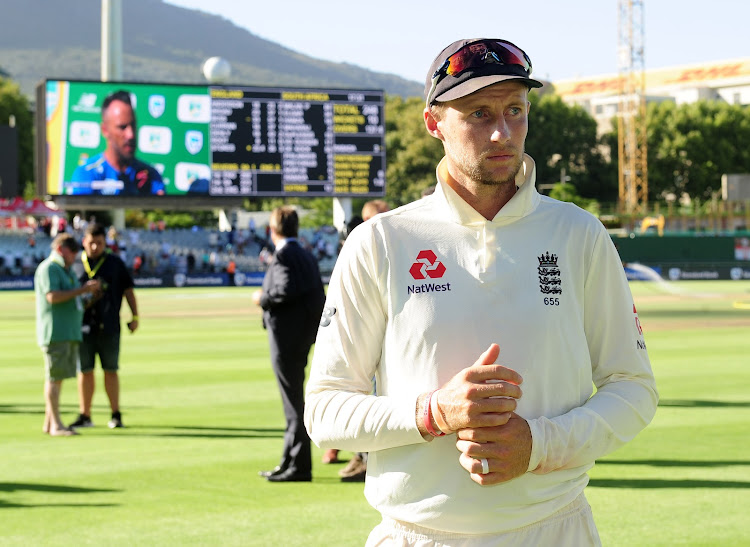 Joe Root has scored back to back Test hundreds in his 99 matches.
Image: Ryan Wilkisky/BackpagePix

Joe Root will go into his 100th test on Friday determined not to let his individual battles distract him from his larger goal of captaining England to a series victory in India, the 30-year-old said on Thursday.

One of the sub-plots of four-test series will be a batting one-upmanship between contemporary cricket's two premier batsmen in Root and his India counterpart, Virat Kohli.

Australia's Steve Smith and New Zealand captain Kane Williamson complete cricket's "Big Four" but Root said his effort has always been to learn from, and not just compete with, the trio.

"It is silly not to watch how they go about things ... how they manage their own games and keep evolving and getting better all the time, and then try and add that to my own game," Root told a video conference.

"In terms of those individual battles, for me that's not the most important thing. It's not something that I will look at, what I will look is always trying to win this series."

Root has been in scintillating batting from, having scored a double century and a century in his last two tests in Sri Lanka.

Root is also England's best batsman against spin bowling and his duel will Ravichandran Ashwin will be another point of interest in the series.

"He's a fine bowler, he's got great record in India, and is probably full of confidence," Root said of the off-spinner.

"I've played against him before, scored some runs, and he's probably had the better of me a couple of times as well. It's going to be a great little battle within the test match."

Former England opener Geoffrey Boycott has said Root can go on to play 200 tests and eclipse Sachin Tendulkar's record of 15,921 runs in the format.

Root, who has amassed 8,249 test runs with a 49-plus average, said he was not looking that far.

"To get anywhere near him, I have to play a hell of a lot more test cricket and right now I just got to concentrate on trying to be the best I can."

England's preparation has suffered a jolt after top order batsman Zak Crawley was ruled out of the first two tests with a wrist injury after slipping on the dressing room floor.