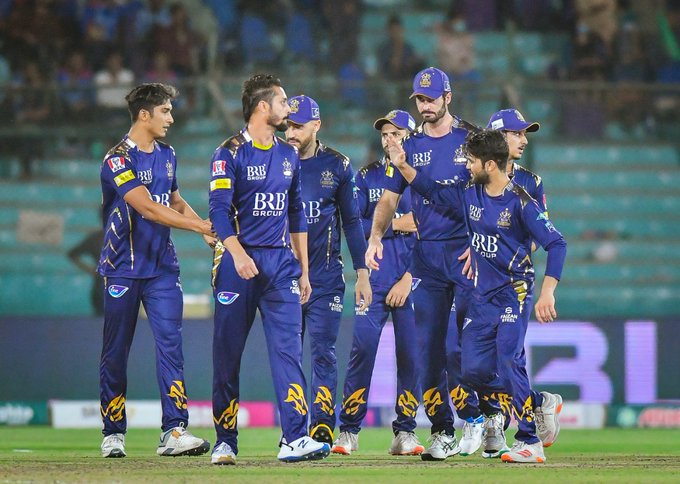 The Pakistan cricket board has emphasised that players and officials will be under no obligation to have the vaccine.
Image: Pakistan Super League/Twitter

Players and team officials in the biosecure environment at this year's Pakistan Super League (PSL) Twenty20 competition have been offered Covid-19 vaccines, the country's cricket board said.

The Pakistan Cricket Board (PCB) said it had secured a small allocation of the vaccine after highlighting the national team's international commitments and the reputation of the popular PSL during talks with federal and provincial governments.

"While we live in these challenging times, the vaccine has been sourced to provide an added level of protection and comfort for players and all personnel inside the bubble," PCB chief executive Wasim Khan said in a statement.

"The players and officials will be under no obligation to have the vaccine," he added.

The ongoing six-team competition, which is due to finish later this month, has seen three players, including Australian leg-spinner Fawad Alam and England batsman Tom Banton, test positive for COVID-19 along with a Karachi Kings staff member.

Vaccinations will be administered on Thursday morning in line with government protocols, Khan said.

Opening batsman Chris Gayle has set his sights on a third Twenty20 World Cup with West Indies as he prepares to return to international cricket after ...
Sport
2 months ago

North West Cricket (NWC) has been under administration for more than two years but the union is getting closer to a return to normality.
Sport
2 months ago

Australia opening batsman David Warner said on Wednesday he regretted rushing his comeback from a groin strain during the test series against India ...
Sport
2 months ago
Next Article