Dave Richardson: Border’s talent ‘hotbed’ should get its act together 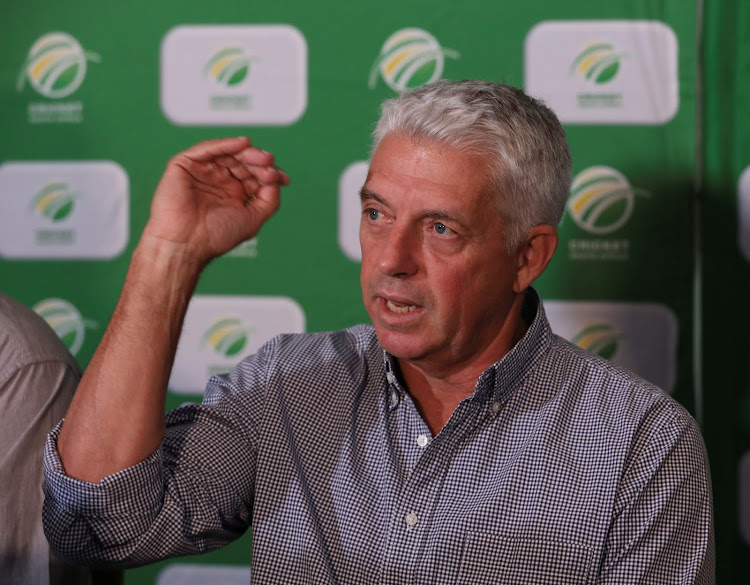 Dave Richardson said while Border remains a critical talent pipeline for CSA, it is the franchise’s shortcomings in administration‚ financial management and governance that saw it end up in Division 2.
Image: ©BackpagePix

Dave Richardson has called on Border to get its act together and said the success of the region is imperative for the sustainability of cricket in South Africa.

Border failed to make the cut in the top Division 1 of the new Cricket South Africa (CSA) 15-team first-class system that was officially announced on Monday.

Richardson said while Border remains a critical talent pipeline for CSA, it is the franchise’s shortcomings in administration‚ financial management and governance that saw it end up in Division 2.

He said‚ however‚ that CSA has a good indication of Border’s strengths and weaknesses.

“First of all the evaluation committee has no doubt as to the potential of the Border cricket region and the importance of the region to the overall transformation landscape of our cricket‚” said the former Proteas wicketkeeper.

“It is a hotbed of the whole region – having lived in that part of the world for most of my life I know that there is a cricket culture there.

“The black African people have played cricket for a long time and they know and love cricket.

“A successful Border region is in my view imperative if cricket in South Africa is going to be sustainable in the long run.

“So the importance of Border to the whole CSA structure is recognised.”

The Border region began playing cricket in the late 1890s and counts Proteas legend Makhaya Ntini as one of its products to have come out its talent identification pipeline.

Border‚ though‚ have perennially been one of the weaker teams on the domestic circuit.

“Unfortunately, over the last few years in particular, they have had issues with their administration and governance‚” Richardson said.

“Their finances are not strong and their cricket performances have not been strong.

“Yes they are the hotbed and have potential from a development point of view‚ and they have contributed players to the franchise system‚ but I don’t l think they have fully exploited their potential as yet.

“Whether CSA sees fit to provide any form of targeted assistance to Border in the future, hopefully they might consider that‚ but I also hope that Border can take up this opportunity and realise that their future is in their hands.

“If they were a little bit closer to the other provinces from a strategic point of view they may have had an opportunity [to be in Division 1] but they are little bit off the pace in terms of financial areas.”

The teams will remain in their respective divisions for the 2021-22 and 2022-23 seasons after which there will be automatic promotion and relegation.

Richardson was not clear on how many teams will be relegated and promoted.

“To all the members who did not make it in Division 1‚ the future lies in your hands. It is not a closed shop and I sincerely hope that all the members will take up the challenge‚ get their communities behind their teams and perform on the field and in due course earn promotion to Division 1‚” he said.

“I think the structure now provides opportunities for players, wherever you live around the country, to develop‚ to go through the ranks and follow the pathway of mini-cricket up to your school cricket and club cricket‚ get selected hopefully into your provincial team and then make it through to the Proteas team.”

Cricket SA officially gave the thumbs up to their new 15-team first-class system and sprung a few surprises during the announcement on Monday.
Sport
10 months ago

Cricket SA moved into a new era on Monday with the announcement of a 15-team first-class system that sprang a couple of surprises during the virtual ...
Sport
10 months ago

Australia will look to reschedule its postponed tour of South Africa “as soon as possible” but only if the health situation and calendar allows, ...
Sport
10 months ago