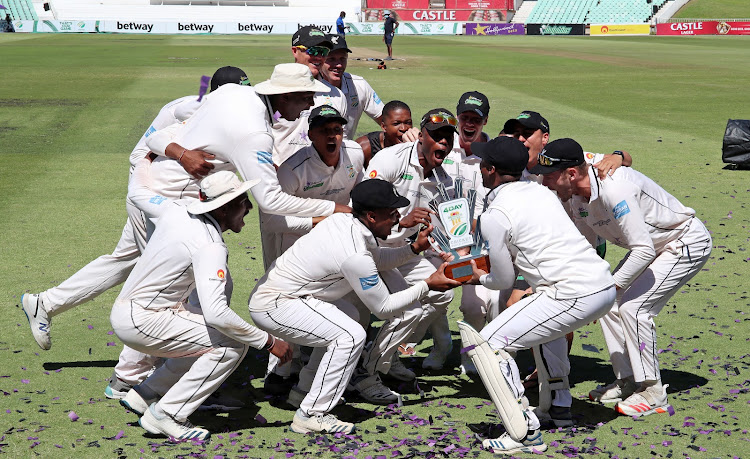 Dolphins coach Imraan Khan does not think there has ever been a tandem performance by spinners as relentless as the one put on by Prenelan Subrayen and Senuran Muthusamy after the pair bowled their team to the 4-Day Domestic Series title on Monday.

Right-arm off-break bowler Subrayen claimed a match haul of 10 for 80 in 60 immaculate overs‚ while Proteas’ slow left-armer Muthusamy nabbed nine for 91 in 42.5 overs as the KwaZulu-Natal side won by an innings and 76 runs in Durban.

The pair became the first bowlers in the franchise era to claim nine or more wickets apiece in the same match – in what was the final match of the franchise system.

South African cricket will move to a 15-team provincial format from next season.

Such was the command of the two spinners that just 18 overs were sent down by the other bowlers throughout the course of the game.

“I think that was sensational‚” coach Khan said.

“That was probably some of the best spin bowling ever seen in the domestic game.

"The relentlessness and control that those boys showed throughout that first innings was just phenomenal.”

The match was scheduled to be played as a five-day decider‚ but only 10 overs were sent down over the first two days as rain‚ bad light and a wet outfield frustrated the two teams.

It left a draw looking the most likely outcome when play finally resumed late on Saturday morning‚ which was day three.

It was then the Subrayen and Muthusamy show as the pair demolished the Titans for 53‚ their lowest ever score in franchise history.

It was also the joint lowest total at Kingsmead Stadium‚ equalling the 53 made by Border against Natal nearly 90 years ago in 1933/34.

The Titans were then asked to follow on and succumbed for 166 in their second innings.

Khan admits he did not expect such a result.

He said: “When you lose that much time in a game you start doubting and asking yourself whether it is possible to get a result.

"We batted well initially to ensure we got to a competitive target‚ but then the execution with the ball was amazing.

“We’ve obviously had performances from a spinner in a game over the years.

"If you look back in recent times‚ I think Imran Tahir has done wonderful things as well on the domestic scene.

“But to get two guys bowling the amount of overs that these two guys bowled and execute the way they executed in tandem‚ I don’t think it’s ever been done in South Africa before.

"That was just special to see. If you ever see a performance such as that again‚ it will be a miracle because what those two guys did was brilliant.”

The Titans did not help themselves by playing with a negative mindset from the time they started batting‚ but Khan reserved judgement on their performance.

“You probably have to ask the Titans coach (Mandla Mashimbyi) that question (about batting defensively)‚” he added.

“But if you think what Australia did to India in their recent 36 all out Test match‚ when you’re having bowlers executing that relentlessly‚ these things can happen.

“Fortunately‚ it paid off for us and I think it happened because of the brilliance of those two guys. I cannot praise them enough for the way they delivered.”

The result sealed the double for the Dolphins after they won a share of the Momentum One-Day Cup title last month.

It was also their maiden exclusive first-class title in the franchise era.

The last time they won it on their own was in 2001/02 when they were known as KwaZulu-Natal.

Proteas captain Temba Bavuma believes that SA can emulate England and win the next Cricket World Cup in 2023 after crashing out of the previous ...
Sport
1 year ago

Zimbabwe will host Pakistan next month for two tests and three Twenty20 internationals, all behind closed doors at Harare Sports Club, Zimbabwe ...
Sport
1 year ago

England have no reason to push the panic button despite their 2-1 loss to India marking a second straight series defeat in the 50-overs format, said ...
Sport
1 year ago

New Proteas limited-overs captain Temba Bavuma wants the team to play an aggressive brand of cricket that can be executed under different conditions ...
Sport
1 year ago

A career-best six-for by Prenelan Subrayen played a key role in the Dolphins turning the 4-Day Domestic Series final on its head when they dismissed ...
Sport
1 year ago