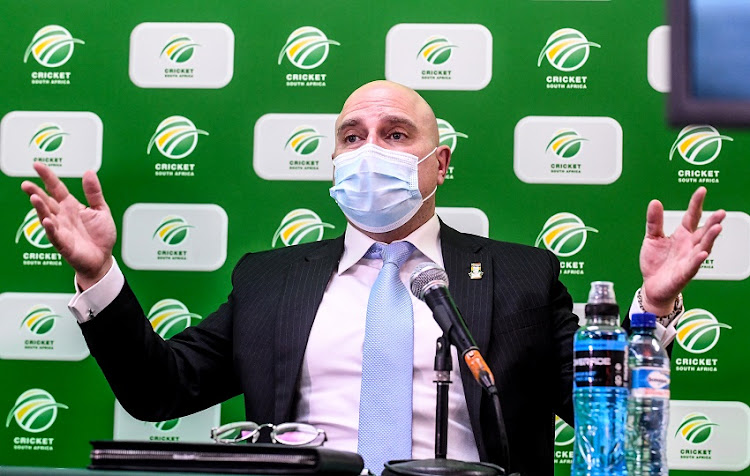 The Cricket South Africa (CSA) interim board has pulled the plug on a high-profile transformation project on the eve of the start of public hearings in a shock move late on Sunday evening.

The public hearings of the Cricket for Social Justice and Nation Building (SJN) project‚ which has been dubbed the Truth and Reconciliation Commission (TRC) of cricket‚ were scheduled to start on Monday but will not go ahead as planned after the interim board made an 11th hour decision to cancel them indefinitely.

The CSA interim board met with advocate Dumisa Ntsebeza‚ who is the transformation ombudsman of the SJN project‚ and announced the postponement in a media statement late on Sunday evening.

Ntsebeza was interrogating contents of submissions from players‚ coaches‚ administrators and stakeholders – past and present – who feel they were denied opportunities to prosper due to racial discrimination.

The advocate was quoted in a media statement as saying that it has become clear to him that there needs to be clarity regarding the process of any public hearings.

“Failure to do so may compromise the legitimacy of any process embarked upon‚” Ntsebeza was quoted as saying.

“My office will be taking legal counsel as regards a proper process for any such hearings. I therefore welcome the postponement to ensure such procedural fairness.”

CSA interim board chairperson Dr Stavros Nicolaou said the organisation is still committed to transformation, despite the SJN setback.

“Transformation is a national‚ not only a sporting imperative and CSA remains firmly committed to the deep work of transforming sport and society‚” said Nicolaou in the statement.

“We are grateful to the ombud for his commitment to the process and to those who have sought to participate in it.

“We have agreed with the ombud that further legal clarity regarding the proposed hearings is imperative. Once we have such clarity‚ the process will continue.”

Ntsebeza‚ who headed the investigations unit of the Truth and Reconciliation Commission (TRC) that was established to investigate gross human rights violations during apartheid‚ was appointed by CSA and mandated to investigate complaints which relate to unfair discrimination.

He was mandated to investigate the complaints made through submissions.

Prominent names of players‚ coaches‚ selectors‚ executives and stakeholders were expected to be implicated in the many submissions received so far‚ but Ntsebeza is on record as saying anyone who is mentioned or implicated will be afforded a right of reply before he finalises his findings.

Cricket Australia board open to new information on ball-tampering scandal

Cricket Australia (CA) has said it was open to hearing any new information regarding the 2018 Cape Town scandal in the wake of batsman Cameron ...
Sport
1 year ago

Cricket South Africa (CSA) has finally confirmed the Proteas men’s tour to the West Indies for two Tests and five T20s next month.
Sport
1 year ago

While Sascoc bemoaned what it held to be interference from sports minister Nathi Mthethwa‚ the sports controlling body called for further dialogue ...
Sport
1 year ago

An upbeat Sascoc president Barry Hendricks reiterated at a sitting of parliament’s portfolio committee the sports controlling body’s stance that ...
Sport
1 year ago

India captain Virat Kohli and several of his team mates have received their first dose of Covid-19 vaccines before they leave for a tour of England ...
Sport
1 year ago