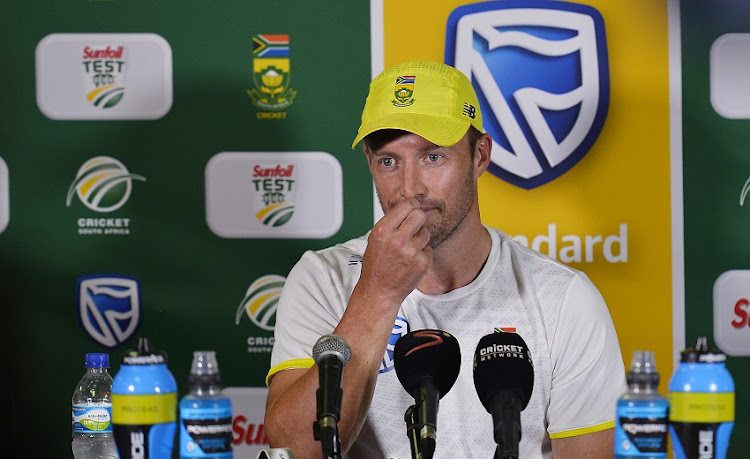 AB de Villiers is not coming out of retirement.
Image: Ashley Vlotman/Gallo Images

Cricket SA (CSA) have confirmed that former captain AB de Villiers will not be coming out of retirement.

CSA announced the squads for the tours to the West Indies and Ireland on Tuesday, and De Villiers’ name‚ who was angling for a possible return to the Proteas to play at the T20 World Cup later this year‚ is missing.

Mpitsang said the two tours are part of preparations for this year’s T20 World Cup and the World Cup in 2023.

“This is a massive tour for the Proteas. We have a fully fit team with an exciting balance of youth and experience‚” said Mpitsang.

“The selection panel is confident it has put together an exciting and excited young group of cricketers who will be well led by Dean (Elgar) and Temba (Bavuma).

Blast from the past: Lucky 13 – Ntini blows away Windies batsmen

“The Caribbean is well-known for its low and slow wickets and we have ensured we have chosen the personnel needed for every eventuality on this very important excursion.

“While there aren’t any (ICC World Test Championship) points to play for‚ it is still of vital importance for SA to produce winning results through a steadily growing and high-performing cricket pipeline.

“The historic tour to Ireland is crucial for points towards our qualification for the 2023 Cricket World Cup and preparation for the T20 World Cup later this year. This is the start of our road to these trophies and every tour will see us field our absolute best sides.

“The team has been in a rebuilding phase for a while but we are satisfied the return on investment is going to show itself sooner rather than later.

“We have to trust the process put in place and support our team while they find themselves and their way. These are truly exciting times in SA cricket‚ with an exciting new leadership group determined to return the team back to its winning ways.”

The 27-year-old Subrayen is joined by his former SA U19 teammate Lizaad Williams‚ who has also received his first call-up‚ and they are part of the 19 men to be led by Elgar in his first outing as captain.

New additions from SA’s inbound limited overs tour against Pakistan‚ Sisanda Magala and Williams have been retained in the national side for both limited overs outings against the Windies and the Irish.

The national selection panel has put an emphasis on firming up the spin-bowling department in preparation for the slow nature of the wickets of the Caribbean, and Subrayen joins Keshav Maharaj‚ Tabraiz Shamsi and George Linde in the squad.

For the Proteas’ first bilateral tour to the region in 11 years‚ Elgar and Aiden Markram will offer spin options while other uncapped players in the Test squad include Kyle Verreynne‚ Keegan Petersen‚ Sarel Erwee and Marco Jansen.

The Cricket South Africa (CSA) interim board has pulled the plug on "cricket's TRC" on the eve of the start of public hearings in a shock move late ...
Sport
1 year ago

Cricket South Africa (CSA) has finally confirmed the Proteas men’s tour to the West Indies for two Tests and five T20s next month.
Sport
1 year ago

Cricket Australia board open to new information on ball-tampering scandal

Cricket Australia (CA) has said it was open to hearing any new information regarding the 2018 Cape Town scandal in the wake of batsman Cameron ...
Sport
1 year ago