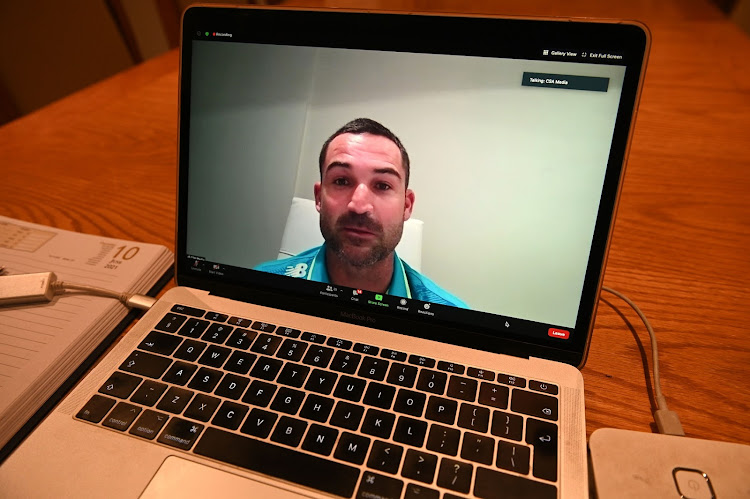 Proteas captain Dean Elgar during a virtual press conference on June 9 2021, before the Proteas' opening day of the first Test against the West Indies.
Image: Lee Warren/Gallo Images

It will be up to individual SA players whether to take the knee or not before the start of the first Test against the West Indies at Daren Sammy Cricket Ground in St Lucia on Thursday.

The West Indies have been at the forefront of taking the knee in support of the Black Lives Matter (BLM) movement and Proteas captain Dean Elgar said in his pre-match press conference that he has discussed the issue with his counterpart‚ Kraigg Brathwaite.

“It’s been quite a journey for our Proteas side with regards this topic. Myself, Kraigg Brathwaite and the two team managers had a meeting yesterday [Tuesday]‚” Elgar said in a digital press conference from the Caribbean.

“What happened was that we approached them to give them our version going forward with the campaign and us supporting the campaign. We have given the players their rights to perform whichever acts or gesture they want to perform.

Proteas fast bowler Lungi Ngidi says he loves the surroundings in St Lucia in the West Indies but cautioned that the weather may be a tricky thing to ...
Sport
1 year ago

“If a player is comfortable in taking the knee he may‚ if a player wants to do the previous gesture that we had‚ which is raising the right fist‚ they are also entitled to do that, and if players aren’t comfortable they will have to stand to attention so that we still respect the campaign that is rolling out.

“As mentioned‚ we have come a long way with regards to this very topic and as mentioned there are players who may be uncomfortable with showing a gesture. Ultimately we have come to the West Indies to respect their campaign and also on the back of a lot of chats within our squad.

“It has maybe taken us year to reach this point where we feel that every player has a right‚ they have a sense of belonging within the team and we have come to the Caribbean not to disrespect the West Indies badge.

“We have made a massive step with regards to this process and tomorrow [Thursday] players will be able to share their gestures.”

The wicket at the Daren Sammy Cricket Ground in St Lucia has reportedly been prepared to suit fast bowling and‚ according to Proteas paceman Lungi ...
Sport
1 year ago

West Indies coach Phil Simmons is looking to his improving pace attack to steer the side to a first ever test series victory over South Africa when ...
Sport
1 year ago

Ngidi on quarantine: ‘I actually enjoy it‚ works out pretty nicely for me’

While players and coaches pull their hair out and bounce off the walls in hotel rooms in frustration over quarantine‚ Proteas bowling star Lungi ...
Sport
1 year ago