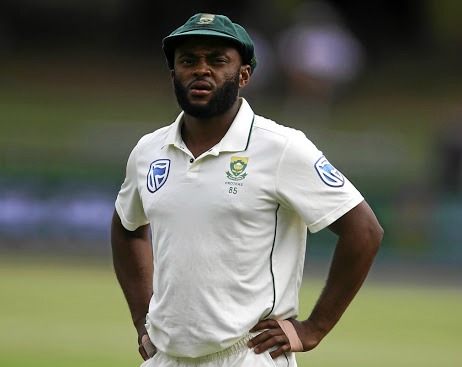 Proteas middle-order batsman and limited overs captain Temba Bavuma is doubtful for the first Test against the West Indies at the Daren Sammy Cricket Ground in St Lucia on Thursday.

SA’s Test captain‚ Dean Elgar‚ said during his pre-match press conference that Bavuma will have to prove his full fitness during their last training session on Wednesday.

“It is a bit of a concern for us — yesterday [Tuesday] was a big day for him to push his body‚” Elgar said in a digital press conference from the Caribbean.

“Today [Wednesday] is still a day for him go out and prove his fitness. It was a bit of a concern a couple of days ago but again I am not a doctor or physio. They obviously have to do their respective jobs with regards to proving Temba’s fitness.”

Elgar said SA will be forced to field two debutants in the form of Keegan Peterson and Kyle Verreynne if Bavuma does not respond well to treatment and is not declared fit by the medical team.

“Obviously if he is fit‚ he will slot in at that no 5 position because I think he is accustomed to that by now and he wants to fit into the batting line-up in that spot. But if he is not fit‚ I don’t think there is any other option really because all our backup batters haven’t played yet.

“That questions speaks or answers itself. There is a possibility where we will have two guys making their debuts if Temba is not fit.

“Those are the cards that we are dealt — the guys have prepared and maybe is not a bad thing having younger guys come in because they seem to be very hungry at the moment.

“A guy like Kyle has been sitting on the side for a very long time in Proteas clothing and I am pretty sure he is chomping at it the bit to have his opportunity if Temba is not fit.”

West Indies have included 19-year-old quick Jayden Seales‚ who has played just one first-class match in his career‚ in their squad and Elgar said they have seen limited footage of him.

“Ultimately we have to respect the players that the West Indies team brings into their squad. I have seen limited footage of the 19-year-old guy and a lot of it is T20 cricket in the Caribbean Premier League (CPL)‚ which was sent to us.

“He looks very similar to Lungi Ngidi with regards to his bowling action and I think we have a good reference there within our squad to try to prepare for the guy if he is going to play. There is a limited amount of footage and we will circulate it around to our batters and take it from there.”

It will be up to individual SA players whether to take the knee or not before the start of the first Test against the West Indies at Daren Sammy ...
Sport
11 months ago

The wicket at the Daren Sammy Cricket Ground in St Lucia has reportedly been prepared to suit fast bowling and‚ according to Proteas paceman Lungi ...
Sport
11 months ago