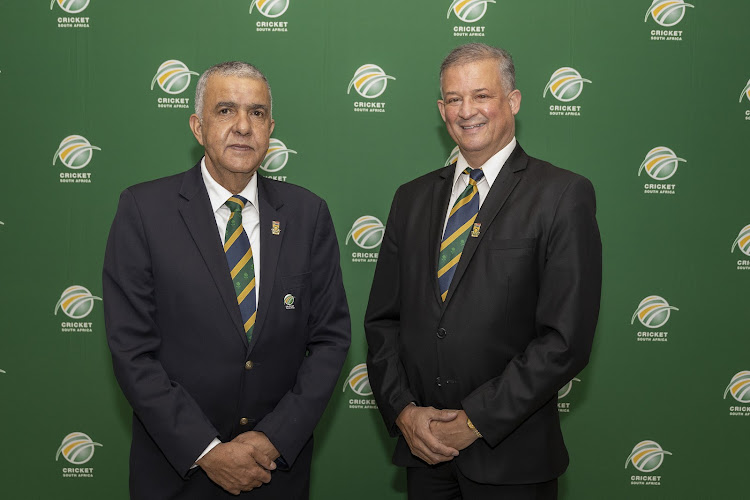 Sascoc is fighting Cricket SA's (CSA) move to a majority independent board by‚ among other things‚ looking for support from the sport’s world governing body.

The SA Sports Confederation and Olympic Committee (Sascoc) board obtained a legal opinion and sent a communique after CSA’s AGM on Saturday saying they would not accept CSA’s memorandum of incorporation (MOI) which it believes was forced on the federation after interference by sport minister Nathi Mthethwa.

“Our differences are not with Cricket [SA]‚ but with the interference by the minister‚” Sascoc’s acting CEO Ravi Govender wrote in the letter to sports bodies that make up the umbrella body.

“The Sascoc board must engage with CSA to ensure that the MOI is compliant with Sascoc statutes. There can be no exception given to Cricket SA in this regard.

“The Sascoc board must continue to seek dialogue with the minister‚ the ICC [International Cricket Council] and all other stakeholders.”

It is understood that Sascoc has pointed out to the ICC that CSA is in breach of the international body’s articles of association‚ which state that “each member manage its affairs autonomously and ensure that there is no government (or other public or quasi-public body) interference in its governance‚ regulation and/or administration of cricket”.

A source told TimesLIVE that Sascoc’s next step would be to appoint a retired judge to probe the matters further‚ looking into the legitimacy of CSA’s new MOI and the allegation of interference against Mthethwa.

Cricket SA (CSA) ushered in a new era of local sport yesterday, breathing life into a first majority independent board, but they still couldn't ...
Sport
7 months ago

The letter also underlined the fact that the Sascoc council as a whole had rejected Mthethwa’s intervention in cricket at a general meeting in May.

CSA accepted the new MOI‚ which requires a board made up of a majority of independent directors‚ only after Mthethwa had threatened to withdraw the federation’s recognition‚ which would have prevented the Proteas from competing internationally.

The legal opinion‚ by advocate L. Arthur Maisela‚ found the minister was not entitled to act as he did.

One of the minister’s justifications for his involvement in CSA was that Sascoc had handed over the matter to him last year.

But the legal opinion said the issue at stake then was CSA’s refusal at the time to make the Fundudzi report available to Sascoc.

“It had nothing to do with the composition of the board of the CSA.”

When threatening CSA‚ Mthethwa said he was invoking the National Sport and Recreation Act‚ but Maisela said‚ after studying the documents at his disposal‚ the minister had no basis for taking the action he did.

Maisela also pointed out that the Sascoc constitution required all members to have constitutions that were in line with the statutes of their international bodies and Sascoc.

The Sascoc constitution requires boards to be established by open elections.

While it does allow for the appointment of some independent directors‚ it does not allow majority independents‚ which is the case with CSA’s new executive.

Maisela pointed out‚ however‚ he was not given a copy of CSA’s new MOI and he did not have “the benefit of a consultation in the preparation of this opinion” because of the urgency of the matter.​

The disputed election at North West Cricket that saw the election of Tebogo Motlhabane as the president is set to go for mediation in Potchefstroom ...
Sport
7 months ago

The ombudsman for Cricket South Africa’s (CSA) SJN transformation project advocate Dumisa Ntsebeza has detailed how the organisation’s interim board ...
Sport
8 months ago

An upbeat Sascoc president Barry Hendricks reiterated at a sitting of parliament’s portfolio committee the sports controlling body’s stance that ...
Sport
8 months ago