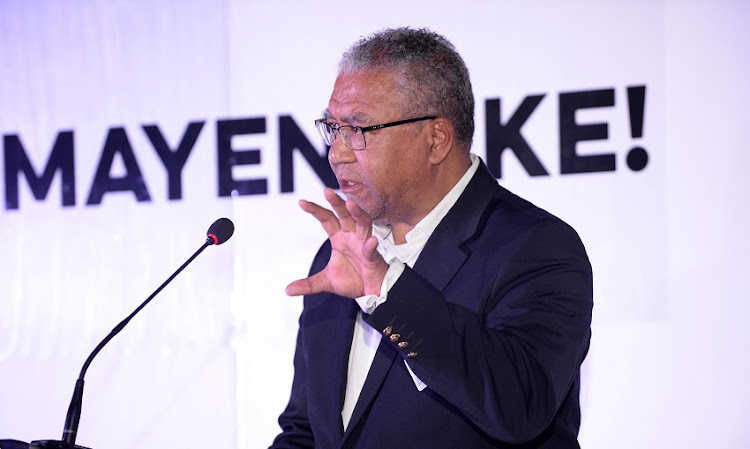 Former Cricket SA president Norman Arendse SC has dismissed as “absolute rubbish” AfriForum’s claim that the enforcement of targets‚ which the organisation labels as quotas‚ has meant that race‚ and not ability‚ has become the primary selection criterion in SA cricket.

AfriForum made the claim in their submission at CSA’s Social Justice and Nation Building (SJN) transformation inquiry.

The transformation public hearings started last week and were established to investigate racial discrimination within the organisation and to recommend remedial action.

In paragraph five of their submission‚ AfriForum noted that the number of players of colour and black Africans have increased over the last decade.

The organisation claimed that the large representation of black players is not a result of developments at grass roots level as promised by the government but largely due to forced racial quotas.

As Cricket SA tackles issues around discrimination‚ racism and transformation‚ fresh attention is being given to the salary disparities that are ...
Sport
1 year ago

“That is absolute rubbish‚” Arendse said after chairperson of the transformation inquiry advocate Dumisa Ntsebeza read out a portion of the AfriForum submission which made the claims.

Arendse‚ who served as CSA president from 2007 to 2009 and later was an independent director from 2013 to 2018‚ said all players who have represented the national team in any format‚ black or white‚ have justified their inclusion on merit.

“Without any fear of contradiction‚ these players deserve to play based on statistics‚” he testified.

“For many years‚ and even now‚ the majority of the players who have represented our country are white players.

“So for anybody to say in the first place that we are now discriminating against white players‚ and that we don’t select white players‚ especially Afrikaans-speaking white players‚ I mean they are clearly barking up the wrong tree because the statistics do not support that.

“You can just look at their surnames — the majority of players are Afrikaans-speaking players who are now playing in the Proteas national team.”

Left-arm wrist spinner Tabraiz Shamsi was at his miserly best as South Africa claimed the five-match Twenty20 International series with a 25-run ...
Sport
1 year ago

AfriForum‚ a non-governmental organisation established with the aim of protecting the rights of minorities and with a specific focus on the rights of Afrikaners‚ claim that the significant number of black players currently playing provincial cricket and even in the Proteas are largely due to forced racial quotas.

The theme of the transformation hearings so far in the first week of proceedings is that racial discrimination in CSA is historic and systematic.

The inquiry has heard many testimonials and complaints over the slow progress made in relation to black Africans being selected for the Proteas.

“That is the source of the complaint and that is the issue that must be addressed by this inquiry‚” Arendse said.

Arendse told the public hearings that cricket remains difficult to access for the majority black population‚ and defended the use of racial targets.

“So what we did in cricket was to introduce the notion of targeted affirmative action whereby the parties involved in cricket agree on a certain target that has to be met within a certain time.

“If it is not met within a certain time then you have got to show cause why it has not been met.

“To a large extent this approach has worked in our cricket. And it also demonstrated‚ certainly to me over the many years‚ that unless you have a targeted approach to transformation‚ not only in cricket but all other codes where discrimination and racism are still experienced‚ like in rugby‚ you are not going to make any progress in transformation.”

Arendse said transformation needs to be advanced and enforced at a much faster pace.

“When we started with unity in 1991 it was very much in the Mandela mode where we all had this romantic notion that we all needed to live together in peace and harmony. It was based on mutual love and respect for each other.

“But of course that has proved not to be the case because the discrimination‚ deprivation‚ degradation and the killings and all that happened under apartheid‚ that will never go away — all those hurtful things that have happened in the past.”

Graeme Smith's appointment as CSA's director of cricket came under the spotlight this week at the organisation’s transformation hearings.
Sport
1 year ago

Sisanda Magala will be devastated after an ankle injury ruled him out of the squad to play Ireland in a full white-ball tour series which includes ...
Sport
1 year ago