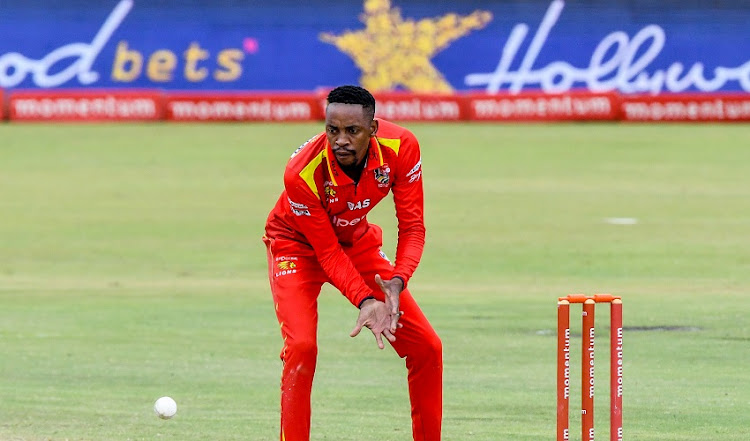 Aaron Phangiso of the Lions during the Momentum One-Day Cup match between Warriors and Imperial Lions at Senwes Park on January 24, 2021 in Potchefstroom, South Africa.
Image: Sydney Seshibedi/Gallo Images

Aaron Phangiso believes he was starved of playing opportunities during his time in the Proteas team due to certain players in the side who wielded so much power that coaches and selectors were afraid to drop them to make way for him.

Phangiso was giving testimony at the public hearings of Cricket South Africa’s (CSA) transformation inquiry, which was established to investigate racial discrimination within the organisation, and to recommend remedial action.

Phangiso played 21 ODI matches for the Proteas and took 26 wickets with an economy rate of 4.5 and an average of 31.9.

“If any bowler in the world had these stats they would still be playing for the national team right now, and that is a fact,” the now 37-year-old Phangiso said.

“If you look at our current spinners all around the world, these numbers are international standards.”

“In every team there is always a scapegoat. There are always those easy guys to drop,” Phangiso told the inquiry hearings.

“If you look the team we had, we had Dale Steyn, one of the best in the world, Morne Morkel, we had all these fast guys that I think, for the coach, it wasn’t an easy decision for him to say, ‘I am going to drop Steyn for the good of the team.

“Who is the easiest scapegoat that we know is not going to complain or cause commotion? He is going to keep quiet and go to his room, oh, and it is Phangiso.

“A whole lot of players who were involved in my team, with respect to them, those guys had so much power that if you don’t play them, they could easily just say, you know what, I have had enough and I am going to play county cricket or I am going to just concentrate on IPL.

“Those were the 'can’t touch guys' and in every team there are guys like that around the country.”

Phangiso said even in conditions where the team needed to field two to three spinners, places such as in the sub-continent where spin reigns supreme, the Proteas team management and selectors always went with Imran Tahir as the lone spinner.

“We never play the right people at specific conditions because they are untouchable players who could not be dropped.

“There was a time when your current [Proteas] coach Mark Boucher was going through a rough patch, which every player can go through.

“You get your scapegoats and unfortunately I was one of them. Who is easier to drop, Steyn or Phangiso? It is definitely Phangiso because a coach knows Steyn is not going to take that nonsense.”

Phangiso said throughout the hardships in his Proteas career he felt there was no one to talk to when he was unfairly discriminated against.

“To be honest in my playing time I didn’t feel like I could turn to anyone because the convener of selectors Linda Zondi, who is a black African man, if that was done under his watch, who else are you going to talk to?

“After the coach he [Zondi] is the highest guy you can talk. He was in India when I did not play a single game. All of that happened and he did not say anything.

“He did not sort of said ‘Phangiso has to play’. There was no one to turn to. The captains will give you the same old excuses.

“A captain will refer you to the coach, you talk to the coach he tells you the same things. For me that was the hall that I could not go past.

“If an African man [Zondi] is taking such decisions, of me not playing when I had to play, then why am I wasting my time with a person who you can see is probably just there to fill up a position.

“He grew up in KZN where times were tough as well and for him to let it happen like that then why talk to the man.”