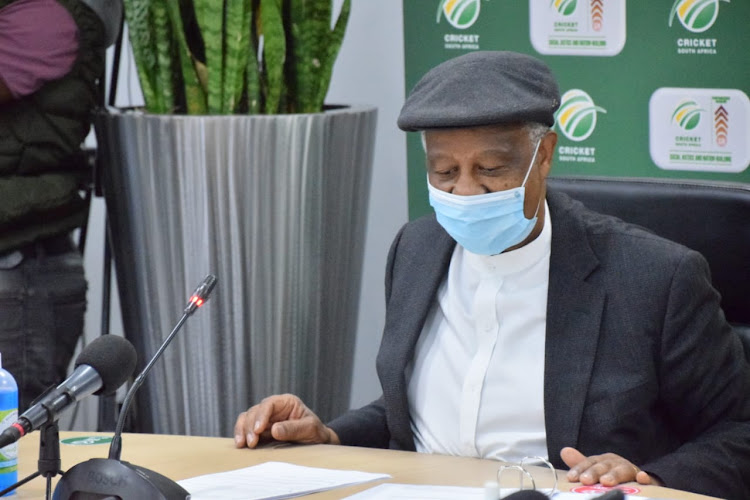 The office of the transformation Ombudsman of Cricket South Africa’s (CSA) Social Justice and Nation-building (SJN) project has given an extension to organisations and individuals who were adversely mentioned in the public hearings to make oral or written submissions.

The deadline for submissions was extended to Thursday, August 19.

The transformation hearings, dubbed the TRC of cricket, took place from July 5 to August 6.

The hearings adjourned to allow persons or organisations who were adversely mentioned in alleged acts of racism and discrimination during the course of the hearings to formally respond to allegations made against them.

Prominent former and current players, coaches, selectors, executives and stakeholders were implicated in having been party to alleged acts of racism and discrimination in the game.

Led by ombudsman advocate Dumisa Ntsebeza, the transformation hearings are aimed at contributing to truth, healing, and reconciliation in the game of cricket in SA, and are set to resume on Monday, August 23.

CSA said the extension was instituted after requests from various parties to extend the deadline that had been set to allow for proper preparedness for responses.

Ntsebeza invited those who were mentioned adversely to forward short written submissions stating whether they required an extension to respond and the reasons for doing so.

“I also call upon Werksmans, the legal resource to the Office of the Transformation Ombudsman, who are acting as evidence leaders in the hearings, to file their own written submissions either in reaction to such requests for postponement as may be requested, or merely to express their views on why the hearings should proceed as scheduled on August 23 2021,” said Ntsebeza.

“On Monday, August 23 2021, both parties – those representing persons or organisations who were mentioned to their detriment and the evidence leaders - must prepare to present oral arguments in support of their stance on whether there should be an extension of time,” added Ntsebeza.

Ntsebeza’s office will consider both written and oral submissions and thereafter decide on the resumption of the hearings.

The SJN concept was formulated by former CSA director Dr Eugenia Kula-Ameyaw, who was the first witness to take the stand on the opening day of the hearings on July 5.

Proteas to open the T20 World Cup against Australia

SA will face Australia in the opening match of the ICC Men’s T20 World Cup at the Abu Dhabi International Cricket Stadium in the UAE on October 23.
Sport
3 months ago

England captain Joe Root took responsibility for his side's defeat by India in the second test at Lord's on Monday, saying he got his field placing ...
Sport
3 months ago

Australia's scheduled one-day international series against Afghanistan in India has been postponed, the cricket boards of the competing countries ...
Sport
3 months ago