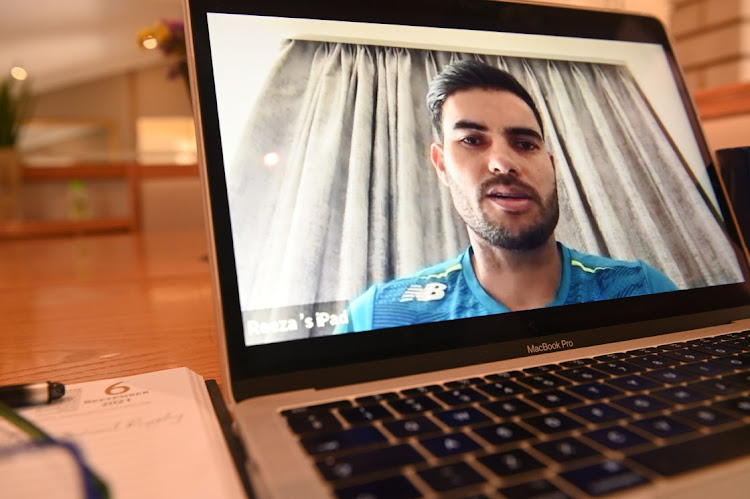 September 6, 2021: Reeza Hendricks missed out on the 2019 World Cup tournament in England as the Proteas opted for Hashim Amla's experience and will be crossing fingers that his name is mentioned among the 15 names for the T20 showpiece in the United Arab Emirates and Oman this year.
Image: Lee Warren/Gallo Images

Reeza Hendricks has admitted there will be heebie-jeebies in the Proteas camp ahead of the squad announcement for the upcoming ICC men’s T20 World Cup to be played in the United Arab Emirates and Oman from next month.

The 15-member squad will be announced on Thursday, on the same day Cricket SA (CSA) launches its new restructured domestic 2021/2022 season.

“It is interesting times ahead. The next couple of days will keep a few boys on their toes to see what the outcome is,” the 32-year-old Hendricks said from Colombo, where the team prepared for the third and final ODI series that is tantalisingly poised at 1-1.

Hendricks usually opens the batting with Quinton de Kock in T20s for the Proteas and is one of the established and experienced players in the shorter format with 33 matches under his belt.

But even with 881 runs at an average of 26.69 and a striking rate of 122 with a high score of 71, Hendricks will be sitting on the edge of his seat waiting with bated breath to hear his name mentioned to take part in the global showpiece.

“We are definitely looking forward to it to see what the outcome is and who is selected or not but I don’t want to look too far ahead.”

Hendricks has six T20 half-centuries and his last score for the Proteas was a second match top score (69) in Ireland in July, having also impressed in the West Indies the previous month.

Hendricks missed out on the 2019 World Cup in England as the Proteas kept faith in the experienced but relatively out of form Hashim Amla.

Amla's inclusion meant there was no room for the promising Hendricks, who announced his arrival on the ODI circuit after making a sizzling start to his career with a century on debut in Sri Lanka in August 2018.

“I’d love to think that I would be involved and be selected but again we will see what happens come Thursday.”

The Proteas have consistently been among the favourites at both the men’s ODI and T20 World Cup tournaments since the late 1990s but have never made it past the semifinal stages of either event.

Hendricks said that is a record Temba Bavuma and his team will be determined to correct this time around when they start their campaign against Australia at the Abu Dhabi International Cricket Stadium in the United Arab Emirates on October 23.

“We are also quite confident as a team and we definitely back ourselves to compete and do well in the tournament.

“I mean every team really back themselves and will want to do well and obviously win the World Cup.

“I think the team that we have at the moment and the way we are playing, we are quite confident and hoping to do well.”

Along with Australia, the Proteas will also do battle in Group A of the Super 12 stage against England and defending champions the West Indies.

They will be joined by two yet-to-be-determined qualifiers.

The Proteas will play the West Indies on October 26 in Dubai and England on November 6 in Sharjah.

Competition is stiff in the Proteas batting order but Hendricks has already established himself as De Kock’s opening partner and should sleep better at night ahead of the squad announcement on Thursday.

In his 33 matches, it was only on three occasions where Hendricks did not open the batting.

“The competition is obviously a good thing. There are a lot of good players in the squad,” said Hendricks.

After the third and final ODI on Tuesday, the Proteas will welcome back Quinton de Kock, who was rested for the ODIs, and David Miller, who it is yet to be established if he has fully recovered from a hamstring strain or not.

After missing the tours of the West Indies and Ireland, Dwaine Pretorius is also set to return and so is Lungi Ngidi, who missed the first leg of the tour due to personal reasons.

Captain Temba Bavuma injured his finger in the first ODI and was ruled out of the entire remaining series.

Kimberley-born Reeza Hendricks holds the world record as the owner of the fastest ODI hundred by a debutant, having achieved the milestone against ...
Sport
11 months ago

Cricket SA (CSA) is the custodian of all cricket activities in SA, and its board of directors is entrusted with ensuring compliance with its vision, ...
Opinion & Analysis
11 months ago

A combination of superb batting by centurion Janneman Malan and exceptional bowling by Kagiso Rabada and Tabraiz Shamsi inspired SA to a 67 runs (DLS ...
Sport
11 months ago

Ruthless India demolish England to go 2-1 up in series

Spinner Ravindra Jadeja combined with his seam bowling team mates to bowl India to an emphatic 157-run victory over England in the fourth test on ...
Sport
11 months ago