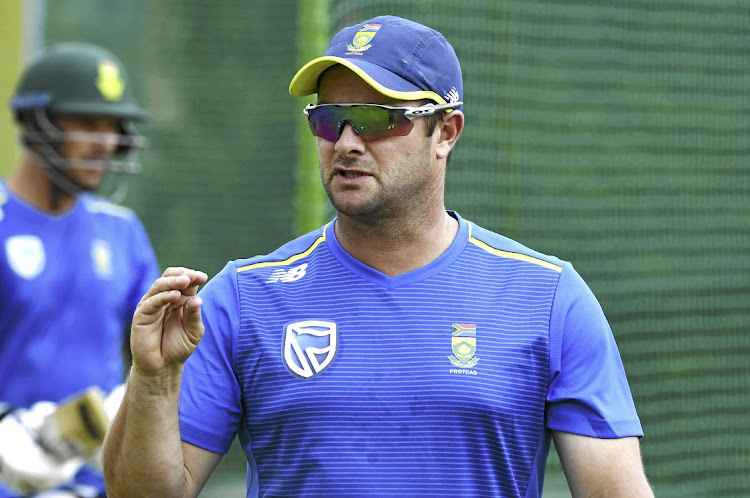 There is still a long way to go before the 2023 World Cup qualification process is completed, but the Proteas are becoming increasingly pressured as they are now sitting ninth on the standings.

In the coming months, the Proteas have negotiable series against Netherlands and Bangladesh but it gets tougher against India, Australia and England when the qualification programme intensifies.

Giving a review of the series, Boucher admitted their disappointment at losing to Sri Lanka but at the same time said they played on difficult subcontinent conditions. He also said they were without key players Lungi Ngidi, Quinton de Kock and David Miller.

“You have to look at where we are playing, we were playing on some tough conditions,” said the coach whose team have not won an ODI series since beating Australia at home last March.

“I am looking at the positives.

“We were unfortunate to lose Temba (Bavuma) the way we did, but to win a series on the subcontinent you have to cash in when the opportunity arises, and that is probably our biggest regret that we didn’t finish off that first game.

“In the second game, we played really well to win the match and in the last game we lost a couple of wickets up front and we were always going to be on the back foot. It is not nice losing, but there are a lot of positives to take out of the series.”

During the last two ODIs, sharp focus was put on the balance of the Proteas, with suggestions that the team was a batter short.

“The spinner that we needed to play sort of threw us a bit,” said Boucher.

“We were always going to go into the game with two spinners and in the second game we decided to go with three. Whether we got that decision right or not because of the rain is another story, but I think Anrich Nortjé could have been a handful on that wicket.

“We just thought that with the three spinners coming in, we wanted to have the option of three seamers as well, that is why we took a batter out and put Wiaan Mulder in. Also it was because there are guys who are in some good form as well, so looking at the last game it would have been nice to have another batter in hindsight.

“But I still think we could have been under a lot of pressure after losing four batters in the first 10 overs.”

The teams will now focus on the three-match T20 series which starts on Friday and it is SA's last outing before the T20 World Cup in October and November.

“We must focus on changing quickly to the T20s and obviously looking forward to the T20 World Cup as well. It is not nice to lose the ODI series but there are a lot of good things that we can take out of this.”