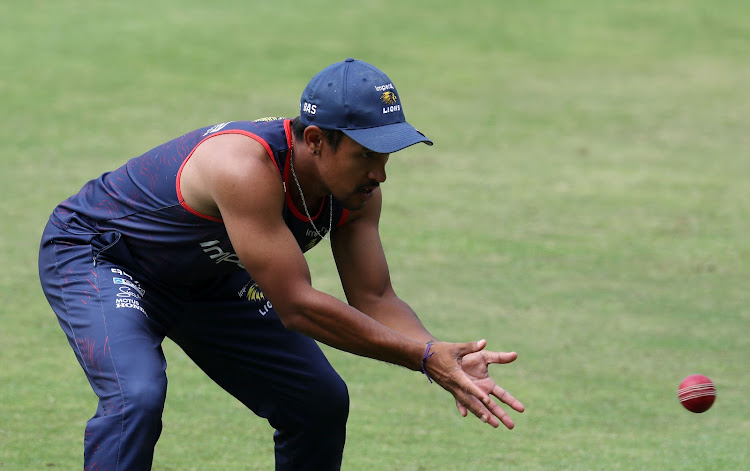 Dominic Hendricks will be looking to lead from the front.
Image: Muzi Ntombela/BackpagePix

Dominic Hendricks will lead the Lions in the 4-Day Domestic Series as well as the 50-over format, with Ryan Rickleton taking the reins for the Cricket SA (CSA) T20 Knock Out competition while regular skipper Temba Bavuma is on national duties as Proteas white ball captain.

Having dominated many a domestic season, Hendricks is ready to not only rack up the runs, but also to lead his team to cup glory as he captains the 4-Day Series as well as the 50-over format.

Rickleton has been confirmed as the captain for the T20 Knock Out bringing with him endless energy, a calculated yet aggressive approach, calm leadership, and an utter determination to win.

Lions head coach Wandile Gwavu said his pride is looking forward to the start of the season.

“There is a lot of excitement among our set up. There’s a great opportunity for some of our youngsters to stake their claim and cement their place among our team,” said Gwavu.

“I truly believe that we have a very competitive squad and we’re absolutely champing at the bit to get on the field!”

Lions T20 captain Rickleton says that it’s a massive honour to lead a team and brand that is full of such rich history, great players and has achieved such tremendous success over the years.

“As players, I think that everyone is really looking forward to getting back out there.

“Preparation has been good and the bond is as tight as ever having returned from the Mafadi hike last week summiting SA's highest mountain together.

“This new tournament is a good opportunity for players to put their mark down early in the season and to test themselves against some really strong teams.”

All the T20 Knock Out matches will be live on SuperSport 212.

Following the CSA Provincial T20 Knock Out Competition will be the 4-Day Series of which the Lions are grouped in Division 1 with Western Province, Knights, Dolphins, Titans, Warriors, and North West Dragons.

The Mzansi Super League, One-Day Cup and the completion of the 4-Day Series will take place from January to April 2022.

New Zealand was warned of a "specific, credible threat" against its team, the country's cricket board said on Sunday, elaborating on the rationale ...
Sport
9 months ago

After a decade spent trying to woo back cricket’s international elite, Pakistan is facing the prospect of being declared the game’s no-go area again, ...
Sport
9 months ago

England seamer Stuart Broad doubted whether Australia's travel and quarantine restrictions would lead to a postponement of the end-of-year Ashes ...
Sport
9 months ago

New Zealand abruptly abandoned their tour of Pakistan on Friday citing a security alert in a massive blow to the South Asian country’s hopes of ...
Sport
9 months ago

Virat Kohli will step down as captain of the Indian Premier League (IPL) franchise Royal Challengers Bangalore (RCB) after the 2021 season, the ...
Sport
9 months ago

The performances of SA's seven-man contingent set for duty in the Indian Premier League (IPL) will form part of the Proteas' fine-tuning for next ...
Sport
9 months ago