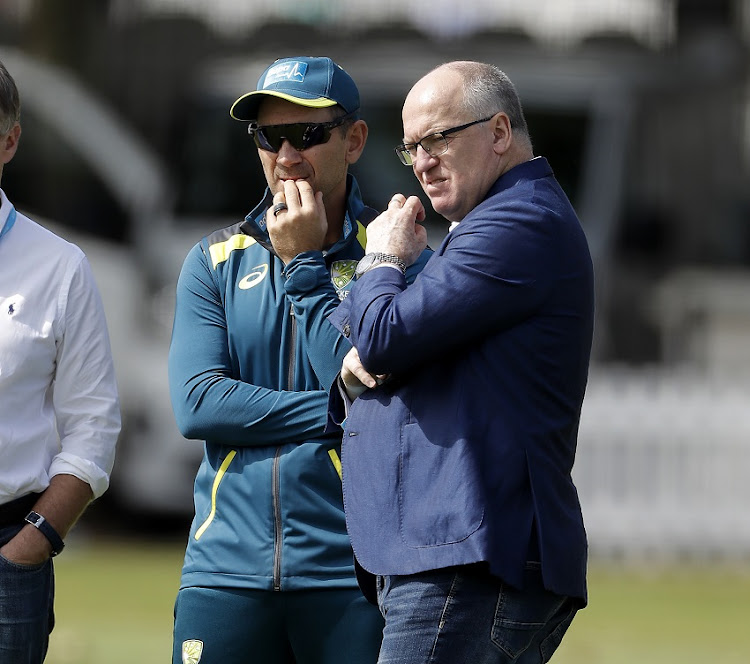 Australian cricket remains riven by governance feuds three years after "Sandpaper-gate", with the country's most powerful state demanding further change to the board a day after the resignation of chairman Earl Eddings.

Cricket New South Wales chairman John Knox took aim at Cricket Australia's executive board, saying the member states were not given enough say in how the game is run, while criticising the chairman's role and pay.

"It is crucial that the shareholders and the board of Cricket Australia work closely together over the next few months to learn from the past and to put in place the necessary changes to ensure the success of our great game," Knox said at CA's annual general meeting on Thursday.

Eddings resigned on Wednesday after losing support of New South Wales and other states, rather than fail in his re-election bid at the AGM.

A scathing review into the culture of Australian cricket in the wake of the Newlands ball-tampering scandal triggered upheaval in CA's executive ranks.

Chairman David Peever resigned while director Mark Taylor and other top executives also vacated their roles, but their replacements have failed to keep a lid on growing discontent among members through a rocky period caused by the COVID-19 pandemic.

However, the board posted a A$151,000 deficit, calling it a "significant adverse variation" from its budgeting over a four-year cycle.

Tours by India and England for the Ashes generate the lion's share of income for Australian cricket through each cycle.

CA, which cut dozens of staff last year amid the fall-out from the pandemic, said it had saved A$54 million in "efficiencies" but had to spend A$23 million on additional COVID-related costs to keep the game safe.

Revenue was hit by the cancellation of some international matches and caps on crowds.

CA expects to name a replacement chairman in the short term but Knox said the board needed to rethink the role's duties and pay, which local media have reported at A$250,000 ($185,000) per annum.

"It is highly unusual in any business or sporting environment that the chair of any organisation would be paid at such a significant multiple to what other directors are paid," said Knox.

Freudenstein said the chairmanship was different to that in other sports and that the pay was justified due to the "international aspect" of the role.