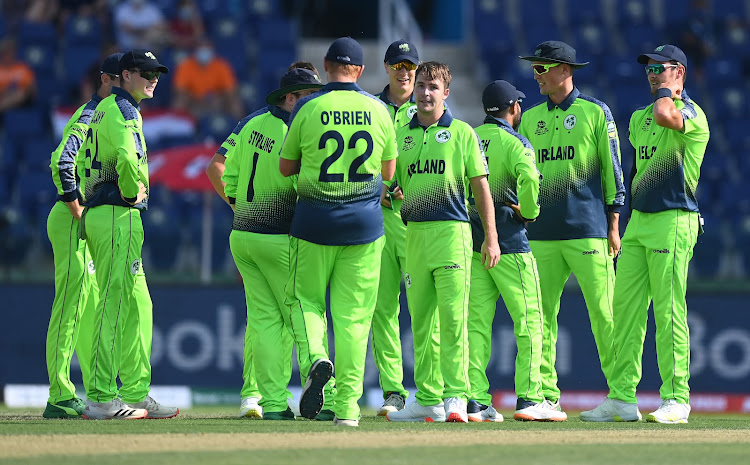 Ireland seamer Curtis Campher accomplished the rare feat of taking four wickets in four consecutive deliveries when he ran through the Netherlands middle order batting in their Twenty20 World Cup match in Abu Dhabi on Monday.

Sri Lanka fast bowling great Lasith Malinga took four wickets in consecutive balls twice -- against South Africa in a 2007 one-day international and against New Zealand in a T20 match in 2019.

Afghanistan leg-spinner Rashid Khan was the only other cricketer to achieve the feat in international cricket against Ireland in a T20 match in 2019.

Coming on to bowl his second over of the Group A match, all-rounder Campher first dismissed Colin Ackermann caught down the leg side after umpire Rod Tucker's not out decision was overturned on a review by Ireland.

Ryan ten Doeschate was then out leg before wicket before the team once again challenged Tucker to get an lbw decision overturned against Scott Edwards that made Campher the first Ireland bowler to complete a hat-trick in T20 internationals.

There was more joy for the 22-year-old Campher at the Zayed Cricket Stadium when Roelof van der Merwe dragged a seemingly innocuous delivery onto his stumps to give the bowler his fourth wicket of the afternoon.

Sri Lanka and Namibia are the other teams in Group A and will open their campaign later on Monday.

Two teams from the group will advance to the Super 12 stage.