“Obviously the accommodation is not five star but they had TVs, brand new beds and it was very neat at the time when they moved in” 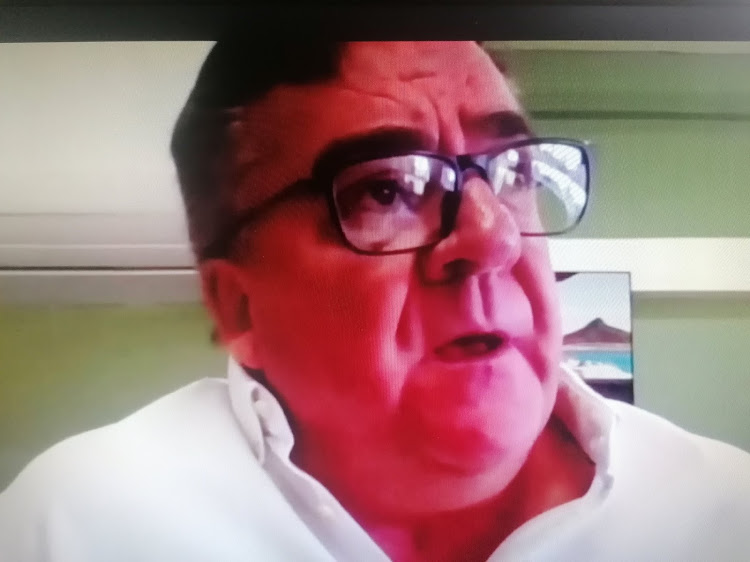 Free State Cricket CEO Johan van Heerden has admitted that the union made young black cricketers stay in an old stadium gymnasium under the stand of Mangaung Oval in Bloemfontein.

The incident happened in 2019 and came to the fore in July during former Knights leg-spinner Eddie Leie’s testimony at Cricket SA’s (CSA) Social Justice and Nation-building (SJN) transformation hearings.

Van Heerden took the stand on Monday in response and confirmed the low-grade accommodation given to the youngsters as outlined in Leie’s testimony.

“If you ask me would I advertise accommodation like that, absolutely I would not,” he said.

Van Heerden said the old gymnasium, which was also used as a storeroom, was partitioned into three bedrooms.

“At the time that [gym] was renovated was when a academy coach, a guy called Dillon du Preez, who is now the assistant to the Women’s Proteas team, requested us that we assist three boys that he recruited on a short-term [basis] if we can’t get them into the university.

“They were most probably coming from Bethlehem and Kroonstad and places that would not have been able to travel for the day and back.

“When Dillon requested that from Free State Cricket we then used the old gym at the downstairs western pavilion and revamped it into accommodation, but it was not permanent.

“It was short-term to solely assist the players to see if they qualified to get contracts.

“Obviously the accommodation is not five star, but they had TVs, brand new beds and it was very neat at the time when they moved in.

“Part of the arrangement was that they would have to upkeep the place for themselves, well not upkeep but clean it because it would not have been a serviced area.

“They had DStv and could watch international cricket and a smaller kitchen and they also had showers and toilets, which is obviously something that I will not be proud of that we give such accommodation to kids of that nature.

“We have never utilised those accommodation any further since then,” said Van Heerden, adding that the arrangement was stopped after the matter was brought to the attention of the board.

“The board agreed that they don’t want kids to stay underneath the stadium but it was not something permanent. It was definitely just to try and help them get to the next stage.”

Asked by evidence leader Sandile July how allowing kids to stay underneath the stadium was of any help, Van Heerden said: “The board also said that we are not allowed to do that, although the players could watch sports and be at the stadium where they did not have to pay for transport to get to the nets.

“It is something that happened and I am absolutely not proud of it, but it was not done with any malicious intent. As a matter of fact it was done how we could help them get to the next level.”

Asked if all the three players were black, Van Heerden said: “I don’t think there was any white player in there.”

Asked what is the relevance of mentioning that the players had TV twice, and if it was meant to justify the deplorable accommodation, the CEO said: “It was mentioned because they were able to watch international cricket.

“It was most probably a mistake from the Free State Cricket side to try and help them but it was never meant in a bad way. It was meant to see how we could get the kids to the next level.

“It was fairly private, I would say, but obviously not five star and it was done on the request of the academy coach.

“Have we ever thought it was the best solution, most probably not looking at those photos. We feel that it was not meant for them to be dumped there.”

Leie left the Lions in Johannesburg and moved to Bloemfontein to play for the Knights in the 2017/18 season.

“I moved to the Knights in the Free State, here there was blatant racism, and you dared not talk about it. They would ostracise you and make you suffer,” said Leie during his testimony.

Leie testified that the discrimination and racism he experienced at the Bloemfontein union drove him to depression and had to see a shrink to cope with the situation.

“Yes I can fully understand that. If I was a player I would have also felt that way,” said Van Heerden.

But van Heerden denied any form of racism on the part of the union and claimed that he was never alerted about Leie’s depressed state.