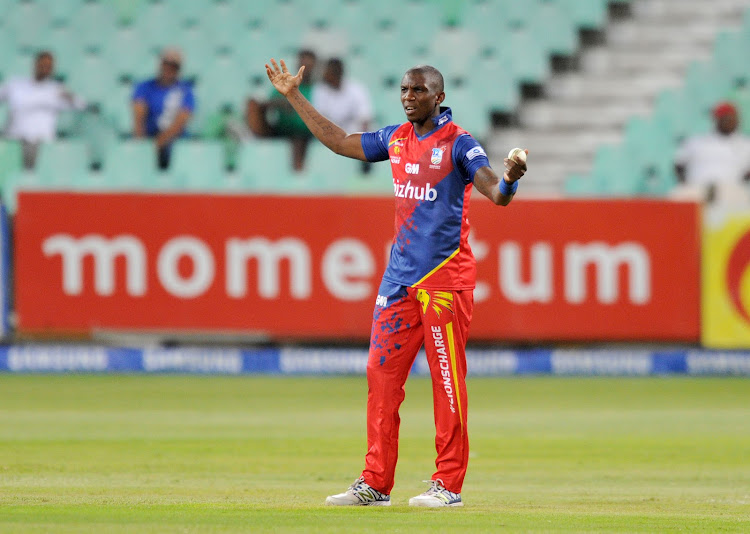 Eddie Leie played for the Knights for two years after he left the Lions.
Image: ©Muzi Ntombela/BackpagePix

Former leg-spinner Eddie Leie, who alleged he suffered depression as a result of discrimination and racism he experienced during his time in the Free State with the Knights, says the Bloemfontein-based union unlawfully withheld money due to him and he has still not been paid two years later.

Leie made the claims during his testimony at Cricket SA’s (CSA's) social justice and nation-building (SJN) transformation hearings in July and said the union withheld the money without a valid reason.

Speaking in response to Leie’s accusations at the same hearings this week, Free State Cricket CEO Johan van Heerden confirmed that there may be money that the union still owes to Leie.

Leie had a tumultuous two-year stay at Mangaung Oval because of his outspokenness, and parted ways with the Knights in April 2019 after his contract was not renewed.

In the same month, Leie said, he was chosen as one of the spinners to help the Proteas prepare for the World Cup in India and was to be paid for that. Leie said CSA paid the money into the Knights account because they did not know that he had left Bloemfontein.

For months the union did not notify Leie of the payment until the player found out from CSA that the money had been paid. When CSA asked the union, said Leie, the Knights said they withheld the money from the player because he owed them money for his accommodation.

Leie said there is email correspondence regarding the dispute over the money.

Van Heerden said he has gone through all the payments that were made to Leie in the two years.

“There are three payments that he highlights, payments that were deducted from him on accommodation and also [an amount for] R10,000 where he was a guest speaker in the North West,” said Van Heerden.

“Apart from the monies he received I don’t see any other monies paid into his account, if those incidents were correct then it would seem that we owe him that money. If he was let out of our employ, and the monies were paid from CSA not knowing that the player has moved, then it is due to him.”

Leie said Herman Beukes, who was the union’s financial manager at the time, refused to pay the money.

“When I look in the last two years that Eddie was with us, there was a deduction of R20,000 that was made from his account,” said Van Heerden. “That R20,000 was for when he moved to the province in 2017/18. We gave him an accommodation allowance to move house and all of that.

“When I go through the statements now I see that there was a deduction on his [account]  for accommodation for an amount of R2,500 for over eight months. That was the R20,000 that was reallocated to the union.

“If there were mistakes we will address them accordingly.

“The problem I might have is that the franchise that employed Eddie is now dissolved, with the new cricket structure in place. But if monies are due to him I will definitely take it to the previous board.”

Leie said the Knights spread the word around that he was a difficult player to manage and as a result his career came to an abrupt end when he should have been at his prime at 34.

But Van Heerden claimed that Leie’s contract was not renewed because the union felt that he did not offer much in the longer format of the game. Van Heerdeen denied that the union tarnished Leie’s name.

“My view is that in the shorter version he has still got a lot to offer the game, but he did not do well in the longer version. Training and practice-wise you cannot fault Eddie, he did whatever was expected of him, but his stats in the last year were bad and that is why he was dropped from the team.”

Former leg-spinner Eddie Leie, who alleged he suffered depression as a result of discrimination and racism he experienced during his time in the Free ...
Sport
1 month ago