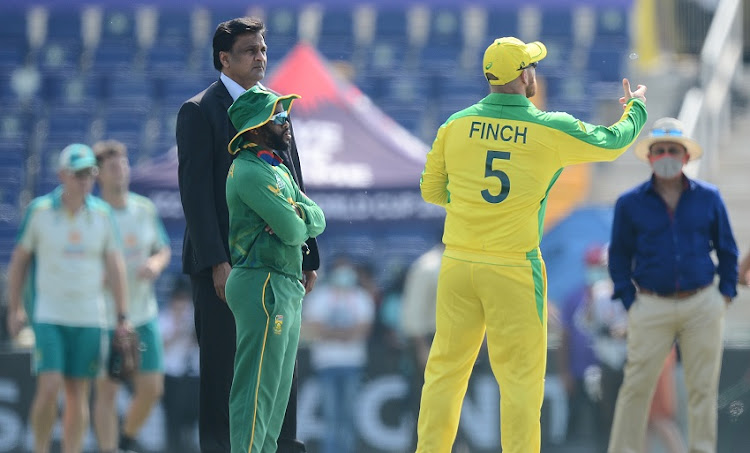 SA have gone with two spinners for their opening match of the Super 12 stage of the ICC T20 World Cup against Australia at the Zayed Cricket Stadium in Abu Dhabi on Saturday.

After Australia captain Aaron Finch won the toss and chose to field, it emerged that the Proteas think-tank went with Tabraiz Shamsi and Keshava Maharaj on what looked like a good pitch.

The Proteas also went with Dwaine Pretorius as the all-rounder with Kagiso Rabada and Anrich Nortjé the two fast bowlers and Maharaj and top ranked T20 bowler Shamsi part of the bowling attack.

With SA going with two spinners, the biggest loser among the bowlers is Lungi Ngidi, who hasn’t played enough competitive cricket over the past few months, but he is certainly going to play a part during the competition.

South Africa take on Australia in the much-anticipated opening match of the T20 World Cup, Super 12 at the Zayed Cricket Stadium in Abu Dhabi looking ...
Sport
6 months ago

The real test starts on Saturday, says Van der Dussen ahead of showdown against Australia

Proteas top-order batter Rassie van der Dussen has said while convincing wins over Afghanistan and Pakistan in their two warm-up matches will pump up ...
Sport
6 months ago