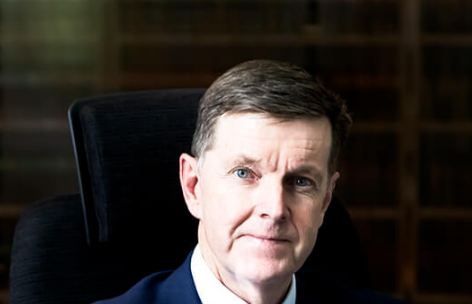 David Woodhouse, the lawyer who represented Ethy Mbhalati during the infamous match-fixing scandal, has denied allegations from the former cricketer that the law firm provided him with poor advice and had a “cosy” relationship with investigators.

Woodhouse also denied allegations of procedural unfairness and racial bias during the investigation process that resulted in Mbhalati receiving a 10-year ban for his alleged involvement in the 2015/16 scandal, and agreeing to a sanction agreement with Cricket SA (CSA).

Mbhalati, who was banned along with several other players, gave testimony at the CSA social justice and nation-building (SJN) transformation hearings in July and said “the whole investigation was very biased” and “I was never even served with a formal charge sheet”.

The all-time leading wicket-taker for the Centurion-based Titans alleged that the first and only time he saw the charges against him was when he received and signed a sanction agreement.

KZN Cricket CEO Heinrich Strydom came under sustained questioning as he attempted to offer a response to Roger Telemachus’ claims that he was ...
Sport
8 months ago

Mbhalati said he could not prepare to defend the charges because he didn’t have a charge sheet, and that he was “forced” by the SA Cricketers Association (Saca) to use lawyers from Mervyn Taback Inc, who are now trading as Andersen.

Mbhalati said he was “uncomfortable” with the conduct of the Taback lawyers, including Woodhouse, and alleged that, in his mind, the lawyers “had too much of a cosy relationship” with CSA investigator David Becker.

The former cricketer said this made him feel that Taback were “incapable” of representing him.

Mbhalati said there was a time when he lost trust in Taback and wanted to stop co-operating because details about his case were leaked to the media despite assurances of confidentiality.

Free State Cricket CEO Johan van Heerden has admitted that the union made young black cricketers to stay in an old stadium gymnasium under the stand ...
Sport
8 months ago

Mbhalati said he was forced to stick with Taback because Saca told him that he had to pay from his own pocket if he wanted to change lawyers.

Mbhalati said the investigations were marred by continuous “threats and intimidation” throughout and that Becker, and CSA anti-corruption unit head Louis Cole, took advantage of his vulnerability and ignorance of his rights as a person under investigation.

“For an instance, one time during a meeting at the Protea Hotel next to the Wanderers Stadium, David Becker threatened me with criminal charges, a jail sentence, and a lifetime ban if I did not co-operate with them. My [Taback] lawyers were there but did not stand up for me,” Mbhalati testified at the hearings on July 19.

Mbhalati said what made him to totally lose trust in Taback was when one day he arrived early at a scheduled meeting at the hotel and saw his lawyers having coffee with the CSA investigators.

Mbhalati said he felt that it was improper for his lawyers to meet the investigators without him or his consent.

Johan van Heerden, the CEO of Free State Cricket in Bloemfontein, has denied allegations of racism made by former Knights and Proteas leg-spinner ...
Sport
8 months ago

Woodhouse took the stand on Monday in response to Mbhalati’s claims and denied any form of bias or irregularities during the investigation. Woodhouse said he was contacted by Saca executive Andrew Breetzke who wanted the law firm to represent Mbhalati and two other cricketers.

Woodhouse said Mbhalati and the two others had already made recorded statements to CSA to provide investigators with an affidavit when Breetzke referred them to him.

Becker and Cole were the lead investigators for CSA and drafted an affidavit which they then forward to Taback, said Woodhouse.

Woodhouse said he does not know Becker from a bar of soap and denied allegations of a “cosy” relationship with the CSA investigators.

Former Titans and South Africa A fast bowler Ethy Mbhalati has said he was paid way less than his white junior teammates throughout his ...
Sport
11 months ago

“First, I have never met Breetzje and I have never met Becker. The only time I have met Becker was when I was at the interview with Mbhalati and when I spoke to him over the phone. I could not tell you what Breetzke looked like,” Woodhouse testified.

“Whether I had coffee with Becker or not, I can’t recall but the only time I was in Becker’s company was when I was at the Protea Hotel and we were waiting for the investigations to start or during the break. I can’t remember, but there were refreshments that were made available to everyone.

“The fact that I may have had coffee with Becker or chatted with him is neither here nor there because in litigation as lawyers we talk to our colleagues and we talk to our clients' opponents.”

Woodhouse denied Mbhalati’s claim that Taback did him a disservice more than anything.

“Mbhalati also makes allegations that advice he was given was not good and that he signed a settlement agreement in circumstances where he was not even aware of the charges — well that is not correct,” said Woodhouse. “From the start he was aware of what the ICC code said and what was said to him during the interview with Becker and Cole in March about the possible angles of charges.

“He was aware in June when an email was sent to us by Becker of what they were looking to charge Mbhalati with.

“Ultimately when we received the sanction agreement, there were charges in that. He was aware of the ambits of what he faced and why he faced it.

Former South African Cricketers' Association (Saca) CEO Tony Irish will get an opportunity to present the union's side of the story and respond to ...
Sport
10 months ago

“After that Mbhalati signed the agreement and throughout this process mandated us to negotiate on his behalf. He did not want to go through the tribunal process.

“He was at all times sensitive to negative publicity to an extent that the aspects of his case were coming out in the media.

“We took that up with Becker and said that we agreed that information could not be used elsewhere. Becker said to us that he did not disclose this information.

“At all times we tried to ensure that Mbhalati was exposed as minimum as possible to a negative outcome. It was in that context that we negotiated with Becker and Cole and discussed and finally concluded the sanction agreement.”

SA started their ICC T20 World Cup campaign on a disappointing note after they lost to Australia by five wickets at the Zayed Cricket Stadium in Abu ...
Sport
8 months ago

Scotland are brimming with confidence ahead of their Super 12 clash against Afghanistan and the side want to use the T20 World Cup as a platform to ...
Sport
8 months ago

SA captain Temba Bavuma has said there is a lot they must improve on after their disappointing display with the bat in their five-wicket loss to ...
Sport
8 months ago