England's Rashid vows no let-up in intensity against Lankans 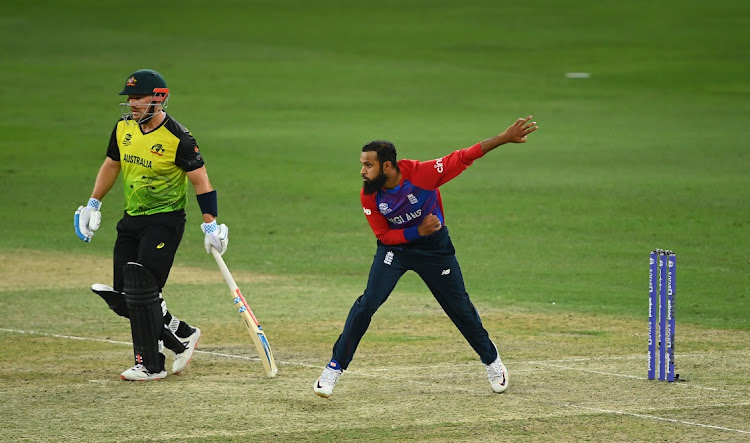 England have been tipped as a contender to win the T20 World Cup after their three crushing wins in the Super 12 stage, and legspinner Adil Rashid said on Sunday there will be no let-up in intensity when they take on Sri Lanka next.

Eoin Morgan's men have the chance to become world champions in both forms of white ball cricket, and the side have shown they have what it takes to add the T20 title to the 50-over World Cup win at home in 2019.

Asked if it would be a challenge to focus against Sri Lanka within 48 hours of thrashing arch-rivals Australia on Saturday, Rashid said: "Not really. That's part and parcel of the job.

"That is what we're required to do as cricketers, professional sportsmen. We take each day as it comes.

"Our mindset is exactly the same whoever we play against. Like I said, the win yesterday, our mindset is fresh. We have a positive mindset," he said.

"We'll go again. Tomorrow is the same thing, there won't be anything else different in our minds in that sense."

England demolished defending champions West Indies by four wickets in their opening match and then went on to beat Bangladesh and Australia by eight wickets to close in on the semi-finals with all their wins coming when chasing a total.

The 2010 champions have looked unbeatable.

Their bowlers have taken 29 out of 30 wickets while the batters have chased down targets with plenty of overs to spare.

"Whether we win by one run or win by 100 runs, we do the same thing with the same mindset," Rashid said.

"We don't look too far ahead. We don't think about winning the World Cup. That's still a long way away.

"We're thinking about the next game, which is Sri Lanka, and doing the job there.

Quinton de Kock has returned to the Proteas’ starting line-up for their ICC T20 World Cup match against Sri Lanka at the Sharjah Cricket Stadium in ...
Sport
9 months ago

‘Surprised’ Geoffrey Toyana says De Kock is not a racist

Highveld Lions cricket coach Geoffrey Toyana says he was disappointed by Quinton de Kock’s decision to pull out of the World Cup T20 match against ...
Sport
9 months ago

Proteas spinner Keshav Maharaj has said that the events of the last few days regarding Quinton de Kock have bought the team together ahead of their ...
Sport
9 months ago