New Zealand's Seifert to step up after Conway injury debacle 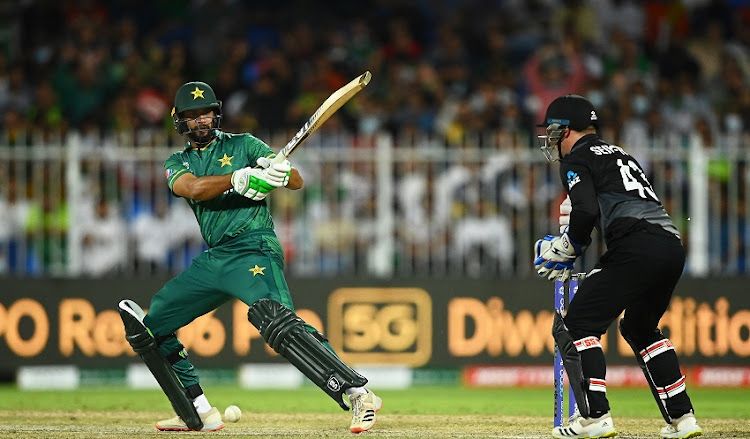 New Zealand will bring Tim Seifert in to replace Devon Conway in Sunday's T20 World Cup final against Australia after the wicketkeeper-batsman broke his right hand with a frustrated punch of his bat following his dismissal against England.

Conway, who hit a 38-ball 46 in Wednesday's semi-final win, was sore and sorry after being ruled out of both the World Cup decider and the following tour of India.

"While it's not the smartest thing he's done there's certainly an element of bad luck in the injury," New Zealand coach Gary Stead said.

"He’s certainly remorseful around it, it’s an honest mistake he’s made.

"He knows it’s having an impact on our team as well but that will provide an opportunity for someone else to come into the side and step up on the biggest stage now.

"Sometimes strange things happen and we find heroes in other places as well."

Conway's injury is a needless headache for Stead and captain Kane Williamson as New Zealand prepare for their first World T20 final against an Australian team with their tails up after beating Pakistan in Thursday's semi-final.

Seifert has not played a match since the Black Caps were well beaten by Pakistan in their tournament opener over two weeks ago.

Conway batted at number four against England but Seifert, who was seventh in the order against Pakistan, would be unlikely to replace his team mate in the higher slot.

"Whether we bring Glenn Phillips up one and put Seifert in behind him is something that Kane and I have to work through over the next day or so," said Stead.

New Zealand have known only heartbreak in World Cup finals, beaten by England on boundary-count in the 50-over tournament in 2019 and crushed by Australia in the 2015 edition.

They will have a chance to erase the 2015 disappointment against Aaron Finch's Australia on Sunday.

"They’ve got a bunch of guys who are real match-winners as well," Stead said of Australia, who are also bidding for their first T20 title.

"We’re going to have to make sure our planning and scouting is right on point and that we’ve got really clear plans for all of our players because they can rip a game open pretty quickly as well."