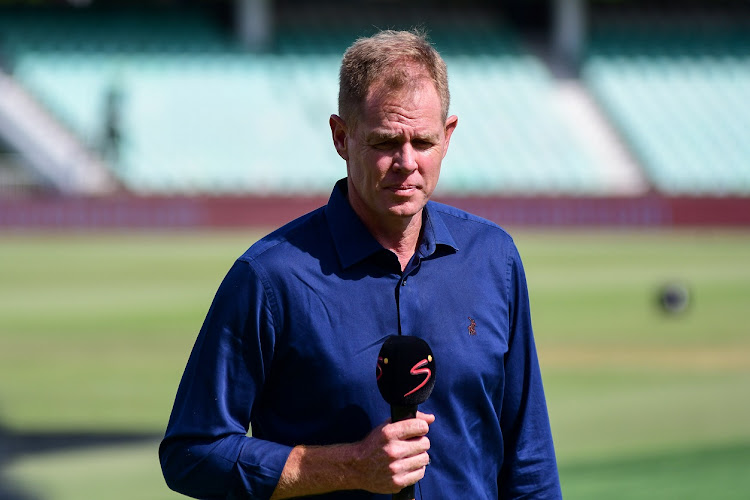 Shaun Pollock during the first Womens T20 International match between the Proteas and Pakistan Women at Kingsmead in Durban on January 29 2021.
Image: Darren Stewart/Gallo Images

Former Proteas captain Shaun Pollock has been inducted into the prestigious ICC Cricket Hall of Fame.

Pollock, and Brittin will be formally inducted by fellow ICC Hall of Famer Sir Clive Lloyd before the start of T20 World Cup between New Zealand and Australia on Sunday at the Dubai International Stadium.

The Cricket Hall of Fame recognises the achievements of legends of the game from cricket’s long and illustrious history and 106 players have been inducted since its launch in 2009.

Pollock was one of the finest bowling all-rounders the game has seen and was the first player to achieve the 3,000-run and 300-wicket doubles in both Test and ODI cricket.

Brittin was a mainstay of the England Test team for 19 years and helped pave the way for women’s cricket between 1979 and 1998.

Jayawardene retired as one of Sri Lanka’s greatest players and was a key member of the team that won the T20 World Cup in 2014 and reached four other major ICC finals.

“The ICC Cricket Hall of Fame is our way of honouring and celebrating the greats of our game,” said ICC acting CEO Geoff Allardice.

“Only the very best players are recognised for their contribution to cricket in this way. I would like to congratulate Mahela and Shaun on their induction into this illustrious group and it is a wonderful way to commemorate Janette’s life and career.”

Reacting to the news, Pollock said: “I would like to thank the ICC for this recognition of my career. It’s an amazing honour to be included in the Hall of Fame alongside the very illustrious company that has already been inducted.

“It’s a real cherry on the top or maybe even a book end of what has been a thoroughly enjoyable cricketing experience and I’d like to thank my teammates who played such a huge part along the journey.”

Jayawardene said: “I am thrilled to have been inducted into the ICC Hall of Fame. It’s a very special honour to follow in the footsteps of legends 'Sanga' [Kumar Sangakkara] and 'Murali' [Muttiah Muralitharan] from Sri Lanka and so many other great cricketers of the past.”

Wayne Parnell and his Western Province teammate Zubayr Hamza can’t wait to get going after they were both recalled to the Proteas ODI squad that will ...
Sport
2 months ago