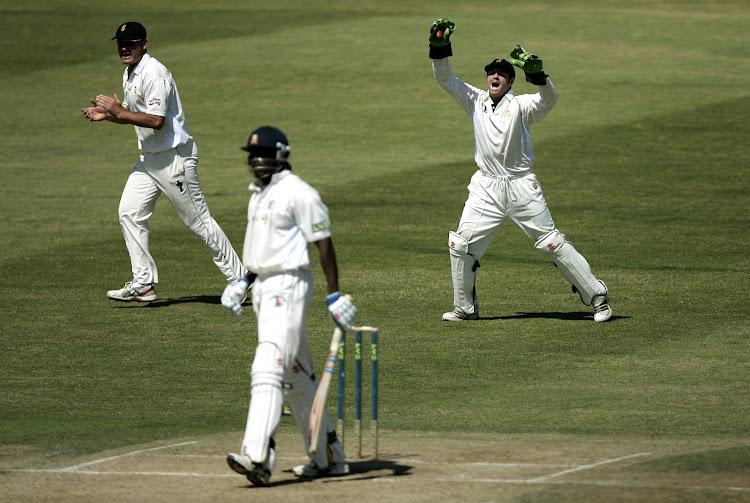 Chambers, who played for Essex between 2005 and 2013, told The Cricketer that he was so upset by the racist bullying he faced at the county that he would go home and cry after matches.

Chambers added that he had been regularly subjected to racist taunts at Essex and became used to one team mate offering him bananas in a mocking manner and a member of the coaching staff reading out racist jokes in the dressing room.

He also detailed an incident while he was sharing a house with another team mate, when he was called a monkey.

Former Gauteng cricketer Sonnyboy Letshela has testified that he tried to commit suicide while playing in England and says it was as a result of the ...
Sport
4 months ago

"We had a team night out in Chelmsford," Chambers, now 34, told The Cricketer.

"The other player got pretty drunk. When I got home, he threw a banana down the stairs and said: 'Climb for it, you fucking monkey.'

"I mentioned the incident to my mum and she reported it. The other player was forced to apologise to me but I still had to live with him for a while longer."

Chambers' allegations come close on the heels of the furore caused by claims of racism faced by another former county player, Azeem Rafiq, while playing for Yorkshire, which led to an exodus of sponsors and several top executives resigning.

Essex were also drawn into the racism row last week, when their chairman John Faragher resigned over a historical allegation that he used racist language at a board meeting in 2017.

Rafiq and senior Yorkshire executives are due to give evidence before a parliamentary Department for Digital, Culture, Media & Sport panel on Tuesday, and the club have been banned from hosting international matches.

"Everything which has been reported will be taken very seriously and investigated thoroughly," Stephenson said on Essex's website.

"After learning of the allegations last night, I instantly contacted the former player to offer the club's full support.

"He has shown immense bravery in coming forward and in speaking with us about the incidents he describes. I appreciate how difficult this must be for him.

"The club will rigorously investigate all allegations while we have also referred this matter to the ECB."

An England and Wales Cricket Board spokesperson said the governing body would also investigate Chambers' allegations.

"The ECB is appalled by the behaviour that Maurice Chambers has described, of which no person should ever have to endure. There is absolutely no room for racism in cricket," the spokesperson said.

"We are sorry that Maurice has only been able to feel comfortable to speak out after his playing career had ended... We will be investigating this alongside the other allegations at Essex and applaud Maurice for his bravery in coming forward."

Chambers added that he had suffered more racism when playing for Northamptonshire from 2014-2015, including a team mate singing along to rap music on the coach on the way to an away game to a song that included "repeated use of the 'N' word."

"Racism is the antithesis of what Northamptonshire County Cricket Club stands for," the club said in a statement.

"The club is disappointed to hear of Maurice's experience and this clearly goes against the expectation we hold for all Northamptonshire players and staff.

"We welcome the opportunity to talk directly with Maurice and any past player about their time with Northamptonshire and encourage them to reach out."

Gary by any other name would be just as morally unbalanced

Many bizarre things happen in cricket (just try explaining it to a noninitiate) but the racism scandal now erupting  in Yorkshire takes the halftime ...
Opinion & Analysis
2 weeks ago