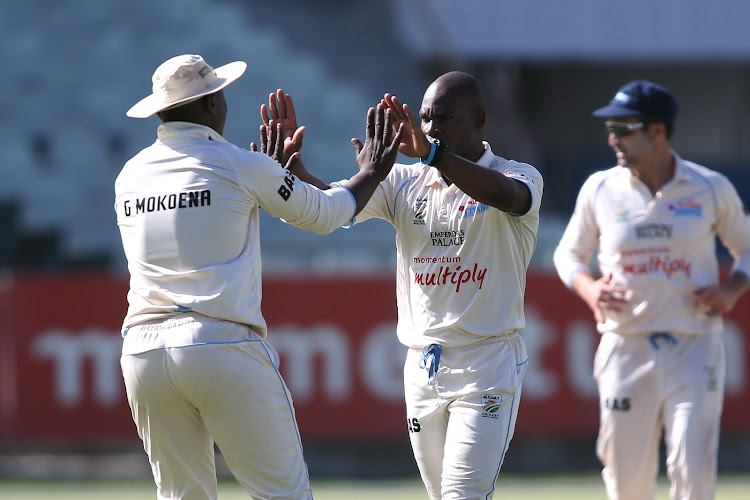 The Titans opened their account in the wins column with a comprehensive defeat of Western Province by an innings and 139 runs in the third round of the Cricket SA (CSA) four-day domestic series division one in Cape Town on Sunday.

With five second innings wickets required to win the match at the start of the day’s play, Titans all-rounder Neil Brand helped seal the victory with three morning session scalps to restrict Western Province’s follow-on to 313 all out - 139 runs short of the away side’s hefty first innings score of 647/7.

Matches from the third round of the four-day series from November 18 to 21 were streamed live on the SuperSport YouTube Channel.

A brilliant 10-wicket haul (10/36 in 12.1 overs) by SWD spinner Sean Whitehead sealed a 119-run victory for the home side against the Eastern Storm ...
Sport
8 months ago

Having been forced to follow-on after being dismissed for 195 in response to the Titans’ daunting score, Western Province fared better in their second innings to reach the end of day three on 260/5, but still 192 runs behind.

On the final day, Brand (3-71) and in-form spinner Simon Harmer (3-149) snuffed out any chance of a Province comeback, as the pair combined for four lower-order wickets to wrap up the match, despite a fighting 42 off 25 balls (one four, six sixes) from Basheeru Walters.

Top-order batter Yaseen Vallie couldn’t bat in the innings due to an injury.

Meanwhile, at the JB Marks Oval in Potchefstroom, the Warriors claimed a well-executed 130-run triumph over hosts North West Dragons, with unbeaten centuries from Matthew Breetzke (152* off 265 balls; 12 fours, two sixes) and Rudi Second (103* off 122 balls; 11 fours, one six) allowing the Warriors to declare on 364/2.

The Imperial Lions claimed an incredible third straight victory without having to bat twice when they swept aside the GbetsRocks by an innings and 30 ...
Sport
8 months ago

Needing 349 runs to win, the Dragons were bowled out for 218, with Wesley Marshall (65) and Nicky van den Bergh’s (64) knocks no match for the bowling side as Mthiwekhaya Nabe (3-28) and Lizo Makhosi (3-33) picked up key wickets to seal the win on the final day.

In Durban, the Dolphins and the Knights played to a draw after an outstanding innings from Matthew Kleinveldt (177* off 357; 21 fours) that catapulted the visitors to 397/4 declared before his team picked up only five second innings wickets, as the captains shook hands with the Dolphins on 174/5.

The fourth round of the domestic series gets under way from November 25 to 28, with four division one matches to wrap up the month of November.

Apologies all round, vows to be more inclusive and promises action soon.
Sport
8 months ago