SuperSport Park to apply for more than 2,000 fans for Boxing Day Test 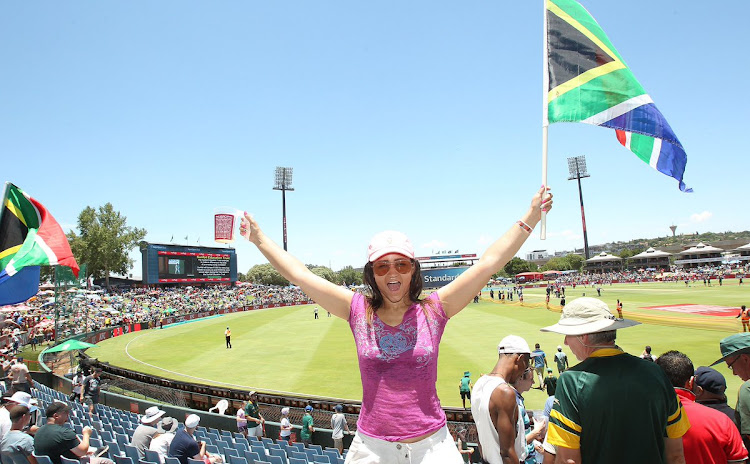 Officials at SuperSport Park in Centurion hope to have more than 2,000 spectators at the Boxing Day Test against India.
Image: Cricket SA/Twitter

SuperSport Park will welcome 2,000 spectators when the Proteas take on the Netherlands in the first of three ODIs on Friday, but the Pretoria venue intends to apply for more fans to be allowed through the gates when it hosts the Boxing Day Test against India.

Northerns Cricket Union (NCU) CEO Jacques Faul said having 2,000 spectators is a good start, but not ideal, considering that no children are allowed and they cannot sell alcohol.

The series between the Proteas and the Netherlands is low-key, but there won't  be much benefit in hosting a high-profile match on Boxing Day with only 2,000 spectators.

“We will definitely ask for more people for the Test against India, because 2,000 spectators is just not enough for a big match against a hugely followed opposition like India,” said Faul.

“We are happy that we are moving in the right direction with 2,000 spectators for the Netherlands match, but it doesn’t benefit the stadium at all if it's only 2,000 fans inside the stadium.

“As a stadium, we are happy that it is moving in the right direction to have fans, but we also need children in there to create that buzz that they always bring, and we need to sell alcohol.

“You can go sit at a bar or full restaurant and enjoy yourself, but you can’t serve anything in the stadium, and you also don’t want to allow kids. It is horrible, but that’s where we are at the moment.”

Stand-in Proteas captain Keshav Maharaj has emphasised the significance of winning the three-match ODI series against minnows the Netherlands, ...
Sport
5 months ago

Former Proteas convenor of selectors Linda Zondi says the ODI squad selected to play the Netherlands in a three-match series starting on Friday is a ...
Sport
5 months ago

As he prepares to take on the Netherlands in the three-match ODI series starting on Friday at SuperSport Park, all-rounder Wayne Parnell remains ...
Sport
5 months ago