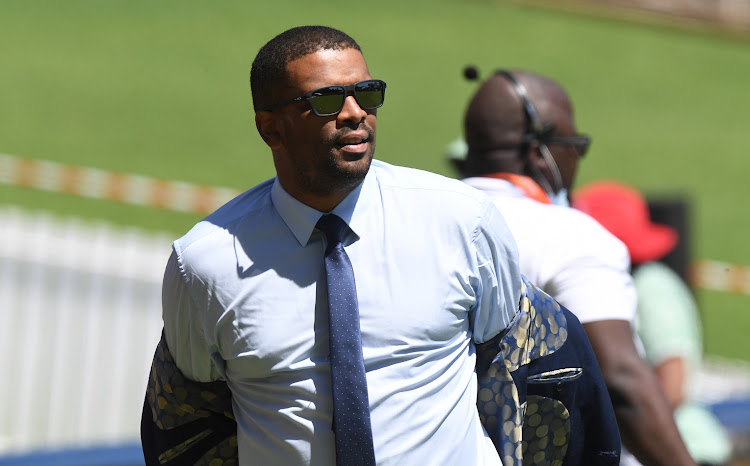 Former Proteas fast bowler Vernon Philander attends day one of the second Test match between SA and India at the Wanderers in Johannesburg on January 3 2022.
Image: Sydney Seshibedi/Gallo Images

For a Proteas legend who wore the famous green and gold more than 100 times across all formats, it felt a bit weird for Vernon Philander seeing himself in the colours of Pakistan.

The “Big Vern”, who was Pakistan’s bowling consultant at the T20 World Cup in the United Arab Emirates (UAE) late last year, said working with the tournament semi-finalists was a blessing and an opportunity to serve and take the game forward.

Philander claimed 269 wickets in Tests, ODIs and T20s as a reliable all-rounder in his highly successful international playing career that spanned more than a decade.

“It did feel a bit weird initially wearing the Pakistani kit,” he said, adding he is available to help SA cricket if called upon.

“I said to Matthew Hayden [the Australia legend who was Pakistan's batting consultant] that we are serving the game of cricket. It has been part of our DNA.

“You go across, build up experience, pick up what’s going on around the world and see how people do things from a team culture point of view. Hopefully those are some of the things one can plough back into SA cricket in the future.”

“For me it was a big blessing to have worked with the Pakistani bowlers. There is a lot more than just dealing with the guy who goes out to play on the park.

“You need to understand the guy on a personal level, what’s going on behind the scenes, how you can challenge him and at what sort of level can you challenge him to.

Western Province have been dealt a double blow after Hashim Amla decided not to return to SA for the upcoming 2021/2022 domestic cricket season, and ...
Sport
4 months ago

“It takes personal intervention and personal touch, , the trust factor going both ways where you trust the player and he trusts you as a consultant and bowling coach.

“Any coach becomes that mentor, friend, tough buddy and you need to understand the people you are dealing with, and that is something I have learned being part of the Pakistani squad.

“It is about a personal touch; tomorrow you walk out of the job and people can still pick up the phone to call you and ask what they can do to improve themselves and their game.”

Philander said he is not considering going into coaching on a full-time basis.

“For now it will probably be consultancy. I want to be flexible because I have just stepped off the playing field.

“Getting a coaching contract will mean I am again tied down and will be travelling again. With consultancy, you can come whenever you are needed and it will afford me flexibility.”

Proteas captain Dean Elgar had a "tough love" chat with Kagiso Rabada during the second Test against India at the Wanderers that fired up SA's ...
Sport
1 week ago

Dean Elgar stood tall, with his captain's knock taking SA to a seven-wicket win over India in the second Test at the Wanderers in Johannesburg on ...
Sport
1 week ago

With so much time to ponder the outcome, everything that could affect the result came under the microscope on day four of the second Test between SA ...
Sport
1 week ago