SA have not lost to a subcontinental side at Newlands in 13 matches, with their five previous Tests against India resulting in three wins and two draws 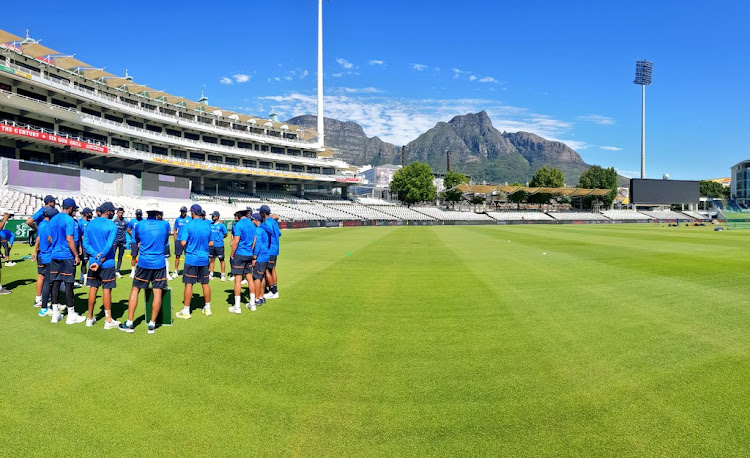 India in a team discussion at Newlands stadium in Cape Town on January 10 2022 as they fine tuned preparations for the start of the test series decider.
Image: @BCCI/Twitter

Irrepresible India captain Virat Kohli has declared himself “absolutely fit” to play in the third and final Test against SA at Newlands starting on Tuesday and defended his poor form, saying every athlete goes through a similar phase at some point in their career.

“It’s not the first time, let us not get away from the reality,” the 33-year-old said of his lack of form, reminding reporters at his pre-match captain's press conference on Monday that he faced a similar torrid situation in England in 2014.

With the series level at 1-1 after India won the opening match in Centurion before the Proteas pulled it back in Johannesburg, India will pin hopes on their captain to start hitting form in Cape Town, despite having missed the last match due to back spasms.

“You have to understand in sports sometimes things don’t go the way you want them to.”

He may be struggling to score the big fluent runs he is known for but the irrepressible Indian captain said he is “at peace” with his game and the way he is batting.

“Sometimes your focal point has to shift. Every time you look at yourself on the basis of numbers and milestones I don’t think you will ever be happy with what you are doing.

“I am at peace with how I am playing and what I have been able to do for the team when there is a tricky scenario. As long as I am doing that I am taking a lot of pride and motivation to be in those moments.

"I have nothing else to worry about because the reality is that you want to make impact performances for the team. My best effort is to always to do that and I truly believe that I don’t need to prove anything to anyone.

"It is just that when you are in a place that I am [as India test captain] you are constantly going to be judged and that is the job of the outside world.”

Kohli said he will spend the better part of Monday with head coach Rahul Dravid and vice-captain KL Rahul to figure out who will come in place of seamer Mohammed Siraj, who misses out on the series decider after suffering a hamstring-related knock at the Wanderers.

“Siraj obviously is recovering from the niggle he had in the last game. He is match ready to take the field in the third test, but obviously you can’t risk a guy who is not at 110% as a bowler because we know how that little niggle can open up and extend into a serious thing.

“Siraj is not up to the mark but I am absolutely fit to play.” 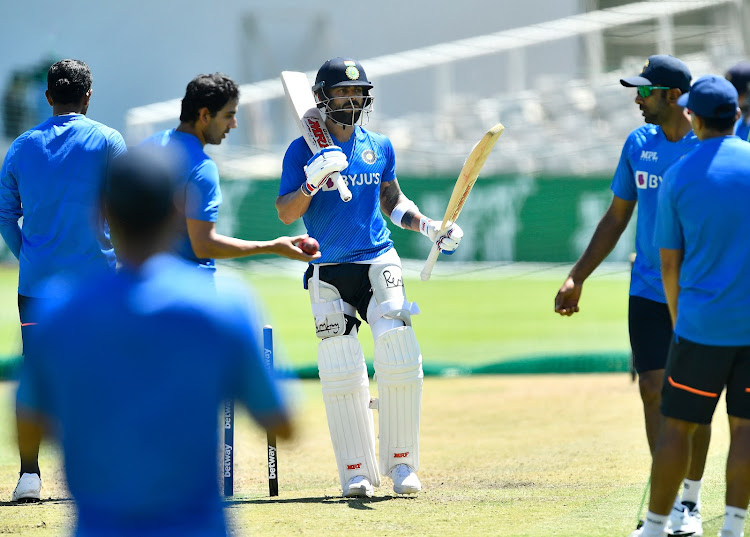 India captain Virat Kohli and his teammates during a training session at Newlands on January 10 2022.
Image: @BCCI/Twitter

Kohli’s team is brimming with talent to the extent that Ishant Sharma, a stalwart of 105 test matches and 311 wickets, and Umesh Yadav, with 156 wickets under his belt from 51 tests, were left out in Centurion and Johannesburg.

Either one of them should easily fit the bill to replae Siraj, while Kohli’s return sees fellow middle order batter Hanuma Vihari miss out after playing in the last match in the only expected two changes for the tourists.

“It is difficult for us to figure out who will play because everyone is at the top of their game bowling and batting well and these things become a point of discussion and contention,” said Kohli.

The Proteas have never lost to a sub-continent side at Newlands in 13 matches, with their five previous Tests against India resulting in three wins and two draws.