India throw everything at Proteas but stare down the barrel 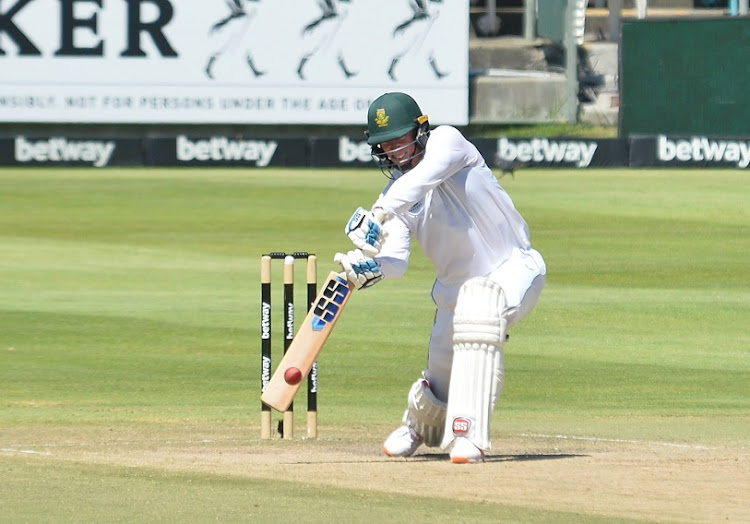 Keegan Petersen and Rassie van der Dussen rode what India's attack threw at them and batted SA to within touching distance of a series victory by lunch on the fourth day of the third Test at Newlands on Friday.

Petersen was the only casualty of a tense morning session as India sought to bowl themselves back into contention after SA resumed play on 101/2.

Petersen and Van der Dussen survived the early onslaught before the former chopped his 113th delivery onto his stumps but had by then amassed 82, to add to the 72 he scored in the first innings.

His star is undoubtedly on the rise.

When Petersen departed SA needed another 57 to win but Temba Bavuma (12 not out) and Van der Dussen (22) negotiated the remainder of the session.

They beat the bat on numerous occasions with probing lines on and just outside off stump.

Emotions ran high as the third and deciding Test edged closer to climax on the third day at Newlands on Thursday.
Sport
5 days ago

India however were again frustrated by Decision Review System (DRS) when their review of a potential caught behind came to naught.

Van der Dussen prodded forward to a Shami delivery but just as the ball arrived he also scraped the turf with his bat which of course generated a sound. Ultimately there was insufficient evidence to overrule umpire Marais Erasmus's original not out decision.

Though Petersen again stood tall his innings wasn't without blemish. Cheteshwar Pujara grassed a regulation catch at first slip with the batter on 59 and India had to wait until Shardul Thakur was introduced into the attack before they made a breakthrough.

Petersen cut a dejected figure as he retreated to the pavilion. In the context of what he weathered earlier he succumbed to a soft dismissal.

It of course did little to ease the tension in the India camp who expressed their displeasure at some of the rulings made on the third day.

Keegan Petersen called on his teammates to make a fast start on day three of the deciding Test against India and that is what they did as the Proteas ...
Sport
5 days ago

As the shadows lengthened across Newlands, the Test headed inexorably to a dramatic conclusion.
Sport
5 days ago