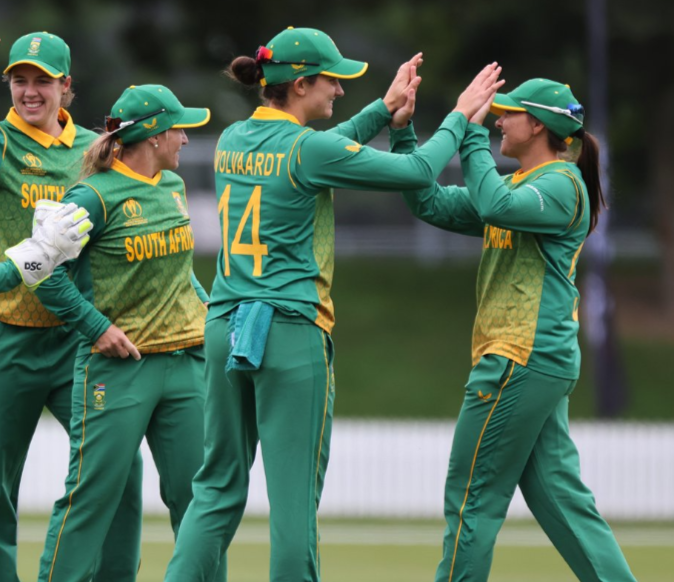 The Momentum Proteas of SA will play their World Cup opening match against Bangladesh in Dunedin on March 5 2022.
Image: @OfficialCSA/Twitter

The International Cricket Council (ICC) plans to work in the future on the men's and women's calendars to avoid fixture clashes that can undermine events like the women's World Cup, chief executive Geoff Allardice said on Monday.

"Complementary fixtures between men's and women's events is something, in an ideal world, that we would love to have greater control over in terms of making sure there's quality cricket on most days of the year," Allardice told reporters.

"But in practice, issues on the ground in each country make that a challenge.

"Even Pakistan-Australia fixtures have moved by a day or two, as different arrangements come into force, so I don't think it'll impact interest in the women's World Cup.

"But the way the men's calendar and the women's calendar interact is something we're trying to work around a lot more closely in the future."

Allardice, who hailed the 2017 World Cup in England as a watershed moment for the women's game for its attendance and overall audience figures, said he was not worried about a potential dip in the latest edition.

Stadiums will be limited to 10% capacity for the opening stages of the tournament, while matches will be broadcast early in the morning in the Asian region, where the sport is popular.

"Attendance is going to be a little bit challenging with limitations.

"Hopefully we'll have the opportunity to get more people into the ground as the tournament unfolds," Allardice said.

Australia top-order batter Usman Khawaja says there will be no room for sentiment when the first ball is bowled in the opening Test against Pakistan ...
Sport
5 months ago

Proteas have sunk far below past glories

As wickets tumbled like soufflé cake in the first match against New Zealand at Christchurch last week, concerning weaknesses were exposed in this ...
Sport
5 months ago

Verreynne’s magnificent ton has SA on verge of extraordinary turnaround

Inspired by a magnificent, unbeaten century from rookie wicketkeeper Kyle Verreynne, SA pulled within six wickets of a series-levelling victory in ...
Sport
5 months ago