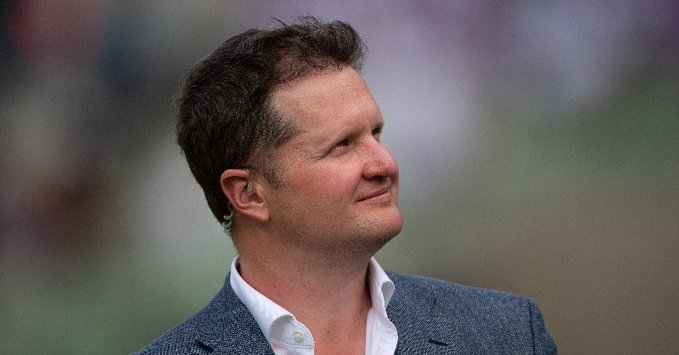 Rob Key has been working as a commentator for Sky Sports Cricket since his retirement in 2015.
Image: ecb.co.uk

Former England batter Rob Key has been appointed as the managing director of the country's men's cricket team, the England & Wales Cricket Board (ECB) said on Sunday.

Key, who played in 15 tests and five one-day internationals, will succeed Ashley Giles in the role following the latter's departure in the wake of England's 4-0 loss to Australia in the Ashes series.

The 42-year-old will take over from former England captain Andrew Strauss, who stepped in on an interim basis after Giles was sacked in February.

Key will leave his role as commentator at Sky Sports, where he has worked since his retirement in 2015.

"The chance to have an impact and make a difference is an opportunity given to very few and I will give it everything I have to try to shape the next great era of English men's cricket," Key said in a statement.

"Although at this current moment it has been a challenging time in English cricket, I also think it's as exciting a time as I can remember."

In a playing career spanning three decades, Key scored more than 28,000 runs including 60 centuries. He captained Kent twice, first from 2006 to 2012 and then during the final two years of his career.

Key's appointment comes two days after Joe Root stepped down as test captain following dispiriting tours of Australia and the Caribbean, overseeing only one victory in England's last 17 tests.

"Rob stood out in a very competitive field. His passion and knowledge of the game at domestic and international level is outstanding," ECB chief executive Tom Harrison said.

"He is a proven leader and combines an approachable nature with fresh original thinking and resilience which will stand him in good stead."

England bowler Stuart Broad said he was not thinking about replacing Joe Root as the Test captain, while adding that he felt no "bitterness" towards ...
Sport
2 months ago

Former Proteas coach Eric Simons says SA players at the IPL must regain their places in the team but there must be respect and proper communications ...
Sport
2 months ago