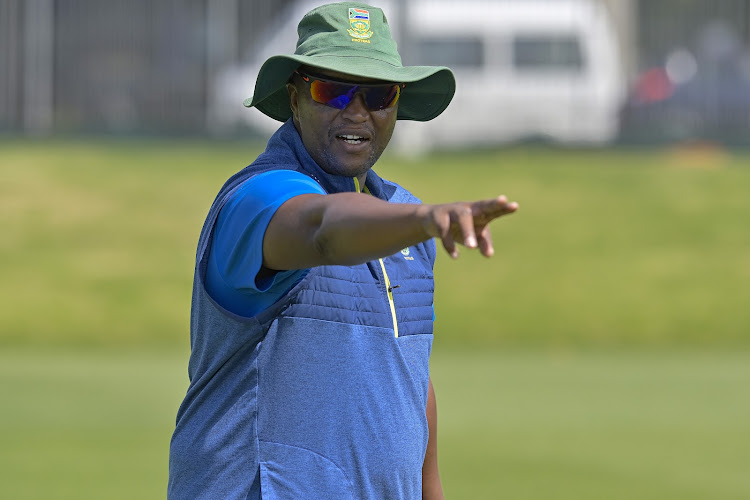 Momentum Proteas coach Hilton Moreeng has declared the team ready for the three-match T20 series against Ireland in Dublin starting on Friday afternoon.

The first match gets underway at the Pembroke Cricket Club, where Moreeng will be looking at players like Laura Wolvaardt, Trisha Chetty, Chloé Tryon, Suné Luus and Ayabonga Khaka, who have played in Ireland before.

“The players know what is coming. Some have been here so we more or less know what to expect, which is very good,” said the coach.

“The most important thing for us now is that yesterday’s (Wednesday) session gave us a lot of information and we can see how we can put plans together heading into the last session before we make sure we are ready for tomorrow.”

In T20 cricket, the Proteas hold a convincing record over Ireland, having won nine of the 10 matches they have played against each other.

SA are firm favourites to win the series as they are ranked fifth while Ireland sits 12th on the ICC Women’s T20 Rankings, but Moreeng is not taking the opponent for granted.

“We know it’s a team that plays well in their conditions. They received their ODI status and as a team they also want to do well. They are improving every day, that’s why they have such a young team, and they can see how they can push on and make sure they improve as a country.

“For us it is to make sure we guard against anything else that is external and focus on what we can do and what we’ve been doing in the last few years. We know T20 cricket, it brings teams together as far as skill is concerned, so it is going to be very interesting how we go about it.

“The first 10 overs will set the tone for the tour,” he said.

The last time the Proteas Women played T20 cricket was part of the tour to the West Indies in September last year, with Moreeng’s charges ending the three-match series level with one win apiece after the last encounter ended as a no result.

With the team having performed admirably during this year’s ICC Women’s 50-over Cricket World Cup to reach the semi-finals in New Zealand, Moreeng y believes the team will have to take a different approach to the shorter format.

“The good thing is that the players play a lot of T20 cricket, at home and around the world, so it is not something that needs so much adaptation. It is about refocusing on what we want to achieve as a teamr.

“They know there is a bigger picture. Everyone wants to be in the final squad that goes into the World Cup, so they need to make sure  the opportunities they are given, they put up their hands and compete like we know they can.”

This T20 series will be the first of six matches before the team’s appearance at the 2022 Commonwealth Games in Birmingham during late July and August before SA hosts the ICC Women’s T20 Cricket World Cup in February next year.

Though they suffered a crushing defeat at the World Cup last week, CSA says he is the right man for the job
Sport
2 months ago