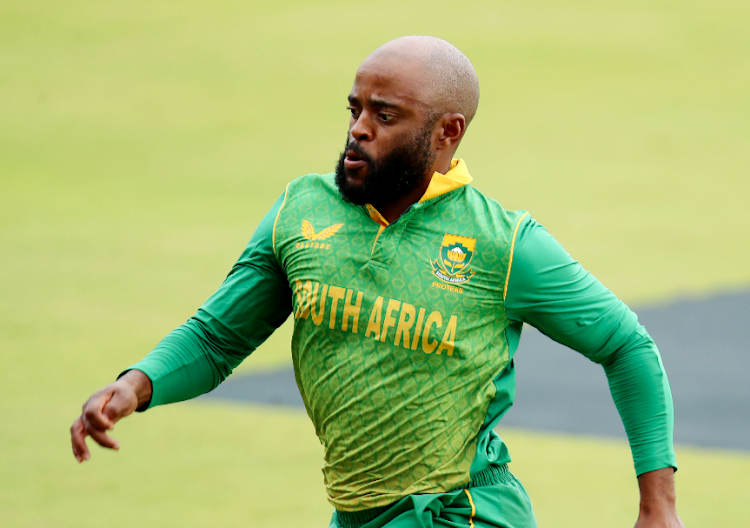 SA T20 captain Temba Bavuma has called for calm after the Proteas lost to India in the 3rd T20 match on Tuesday.
Image: Muzi Ntombela/BackpagePix

Proteas limited overs captain Temba Bavuma says there is no need for panic after their 48-run loss to India in the third T20 match in Visakhapatnam on Tuesday night.

Bavuma won the toss, elected to field and India reached 180. The target proved too much for SA who were bowled out for 131 with five balls to spare as the hosts threw the series wide open on 2-1.

SA approach the last two matches in Rajkot and Bengaluru on Friday and Sunday with everything to play for and Bavuma is confident his team will bounce back.

“No panic stations, they were the better side on the day, but we played good cricket in the first two games. They accepted that and we also have to accept when another team plays well,” Bavuma said after the match.

There is a short turnaround of games, but Bavuma said SA had enough time to work on their deficiencies.

“We have two days until the next game, so there is time for recovery and looking at areas were we need to improve. We will be using the next two days as best as we can to prepare for the next game.”

SA were poor with the bat — six batters failed to score past the 10-run mark and the highest scorers were Heinrich Klaasen (29), Reeza Hendricks (23), Wayne Parnell (22) and Dwaine Pretorius (20).

“I don’t think today [Tuesday] we were at our best. After 10 overs we were behind the [target], but we did very well in the bowling to restrict them to 180.

“We could have done a lot better than that, but there were a couple of missed chances.

“With the batting as well, we just weren’t up to par and I think when you lose wickets like that up front it is really hard to get any kind of momentum and chase a score.

“It wasn’t our best effort, we will have to go back to the drawing board and be better.”